Happy Birthday to my darling 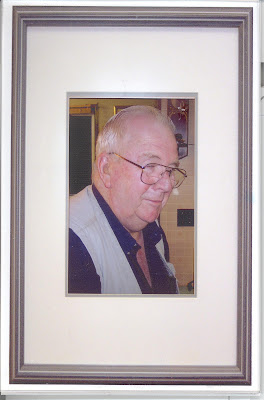 Still with the same old twinkle in his eye 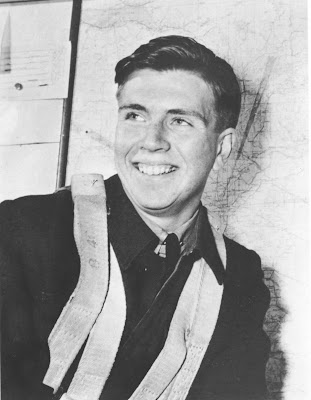 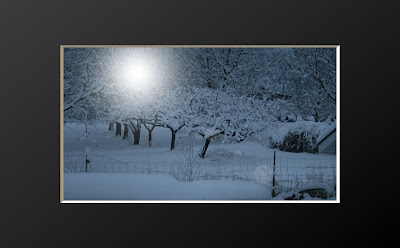 The Illusion of Immortality has been sitting on my shelves since the mid seventies when I went through a bad patch after reading the contribution to radical theology by John Robinson, the Bishop of Woolwich, in his book "Honest to God".  It turned my comfortable Anglican world upside down for a good while.  Eventually I returned to the church because I was very suspect of the morality of the secular world, but without the naive concept of religion that had been with me from the cradle to John Robinson.

Now, of course, in the Liberal church, we have The Church of The Golden Rule and Social Activism, and God and Christ have little place in it, except that Jesus is sometimes acknowledged as a prophet, along with Buddha and Mohammed.

My copy of the Illusion of Immortality is well thumbed, has lots of margin notes, and is falling apart in places.  I leaf through it, stopping to read whole paragraphs or pages, sighing all the while...

However, waiting for me at the Library is David Shenk's new book "The Genius in all of Us" which I think is a great consolation for those who are no longer anticipating Immortality (in one form or another) in that it opens the possibility for achieving a full and wonderful life while we are alive.  His theory, (that genes and environment combined help to realize a person's potential),  gives hope by dashing the theory of genetic determinism.... too bad, if you were born without talent and intellect there is no hope for you!!!


Daniel H. Pink, author of Drive and A whole New Mind has this to say about Shenk's book...


"David Shenk sweeps aside decades of misconceptions about genetics and shows that by overstating the importance of genes we've understated the potential of ourselves.  This is a persuasive and inspiring book that will make you think anew about your own life and our shared future".


Charles is going to sing with the Senior's Choir at a Valentine Tea this afternoon, - I am going to get dressed up and go along with him and sip tea, and after we will go by the library where I can pick up this book that I expect to inspire me to live a full and rich life for all those thousands of days left to me!


I will let you know after I have read the book and not just the reviews.
Posted by Hildred at 11:35 AM 4 comments: 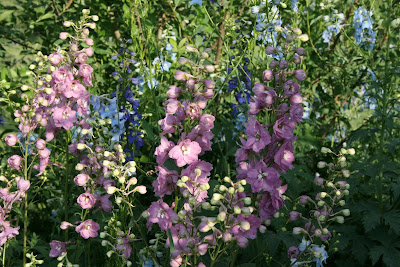 One of my favourite flowers in the garden
Also known as Larkspur, it is to be found in the wild,
where all parts of the plant are Dangerous to cattle
and also to humans, if they are so Daring as to munch on them. 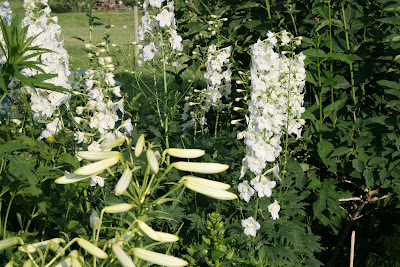 For more Delightful D's visit here at ABC Wednesday
with thanks to Mrs. Nesbitt and her kind helpers.
Posted by Hildred at 10:45 PM 21 comments: 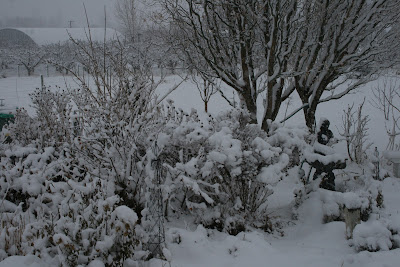 It was probably about six a.m. when the snow started to fall, - at first a fine white curtain, but then as the day advanced and the temperature rose the flakes grew larger and wetter, - perfect for a snowman or a fort, or any other statue that might appeal to your fancy.

It passed through my mind when I went out into the falling flakes that I might build a snowman, - very tempting when the snow is just right!  I had only thought of a simple fellow...... 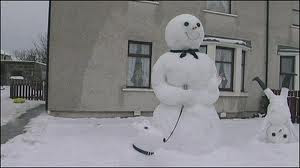 but Google showed me a great array of fabulous snow sculptures, built, of course, mainly in northern countries that are favoured with lots of snow in the winter.  This one really appealed to me.... 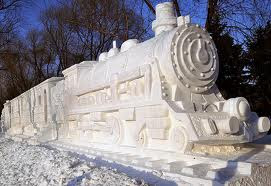 However, I decided to forego the snowman, and came in for my camera when I saw what a glorious time the small birds were having at the feeder.  The quail flew in to the fence line, and then skimmed the top of the snow to get to where lunch was being served, but not as gracefully as when they seem to float over the grass. 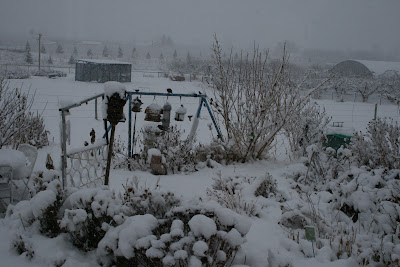 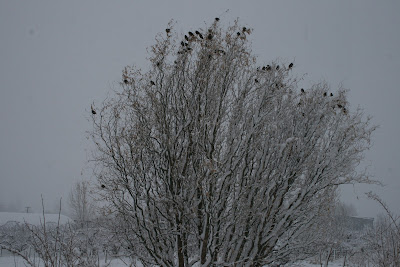 but something soon startled them, or another passing flock caught their attention,  and they flew off in great swoops and swirls 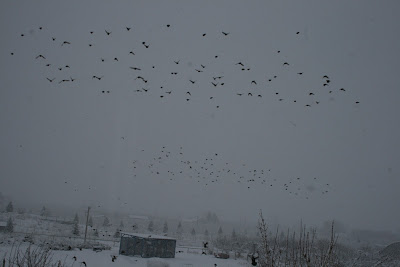 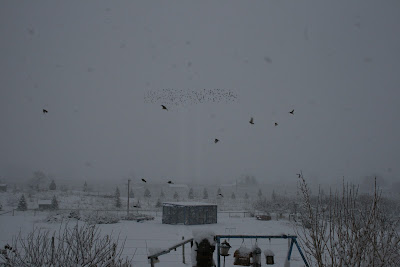 whereupon they all took up positions in long rows on the wires off to the east, and if you click on the picture you might be able to see them 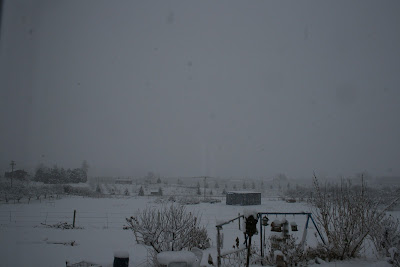 Late in the afternoon the snow stopped and the sky lightened, just a little, so that it was possible to see the tower behind us 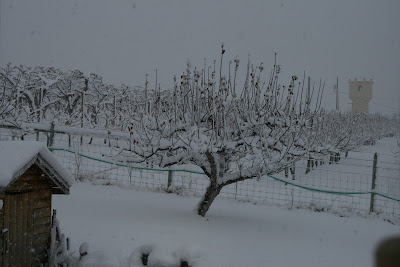 This evening Sid came up with the tractor and cleared the road and the yard and a little path to the bird feeder, and back in the house the double amaryllis opened its beautiful petals a little bit further, and the forsythia glowed golden beside it. 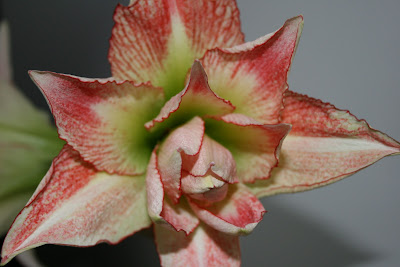 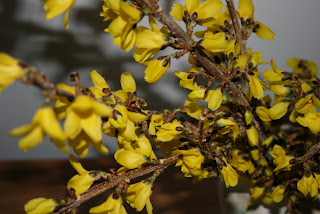 We appreciate the moisture, - it could have come as rain, but then we would not have had the beauty of the snow.
By the way, the pussy willow tree is starting to make furry catkins.
Posted by Hildred at 10:22 PM 3 comments: