Nothing on television tonight, sez Charles, as he twirls the dial, so to speak, and catches a bit of right wing politics.

Fine, sez I - I have other things to do and will be back at nine o'clock to watch 'Lewis" (with wonderful references to 'Morse" here and there throughout the show).

It has been a busy week, with great peaks but not without conflict and misunderstandings.

However, I have been stewing around, trying to pick up knowledge about digital pianos, - the ones that are appropriate for church use, - and finally our daughter suggested I ask Steve!

Of course, why hadn't I thought of it before.  Steven is our eldest son.  In the beginning I taught him to play the piano, but he far surpasses me now in the wonderful ability he has to express himself through his music and to rely on his ear, rather than his eye, to pick up marvelous melodies.

And besides that he is most generous with his time. and has a boundless spirit that is willing to help anyone, any time, willingly and with the same sweet smile he's always had.... 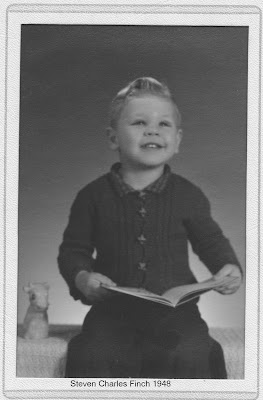 The Church Board kindly gave me permission to go and find a digital piano to replace the old clunker we have had to rely on when it was a matter of piano vs. organ, - or piano and organ.

And so late yesterday morning I started off for Summerland with Sid, our third son, clambering up into his very large truck by way of a small step ladder.  We arrived there just at lunch time, met Steve went to have lunch with our DIL, Terry, at the restaurant she is in the process of buying. 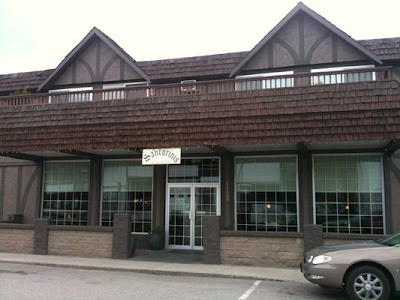 I scoffed down the best part of a magnificent Greek Salad, and then we were off to Kelowna and the Music Shop.

I really am quite countrified now, - it is so long since I've been even to a large town, and Kelowna has grown to be a city at least as large as the one I grew up in on the prairies.  The music shop was amazing, - I counted ten cellos, - probably about fifty guitars, gleaming brasses by the dozens, and then all these wonderful small pianos.

I was shy about playing, to try out the sensitivity and weight of the keys and the various buttons marching along above the keyboard of this HP302 Roland, but eventually played a little Scott Joplin, and Steven played Sweet Georgia Brown, and then Myrna, who doesn't play the organ in church, but does play the piano, came and gave the instrument her blessing.  Sid, who plays drums and appreciates piano, thought it was pretty adequate, so after giving the man a cheque we all went next door to a bar and grill and had the largest plate of tacos and cheese and chicken and jalapeno peppers I have ever seen (country girl) while they bundled up the Roland  for transport. 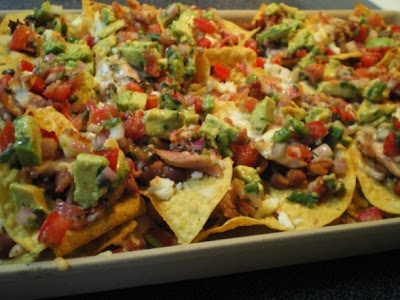 Sid was in Kelowna to pick up yokes for his steel shop and so we nudged them over and they loaded that lovely piano into the back of the truck, and off we went in late afternoon traffic, which was quite horrendous.  We stopped in Penticton to phone Charles and  buy him a wireless mouse for his laptop and then came home on a less crowded highway with the mouse and the piano and a light heart.

It was a lovely day, - I did so enjoy seeing the Okanagan, - the new highway and a different  bridge to the one I used to go over when I made regular trips to Kelowna.  But most especially it was such a pleasure to spend time and have conversation with these two sons, - I enjoyed the day immensely, and thank them both for their kindness and cheerful company, - and Terry for that gorgeous Greek salad and a peek at her new venture.

Myrna has been in touch and is ecstatic about the new piano and that adds even more pleasure and satisfaction to the day.  Oh, life can be very good sometimes.... 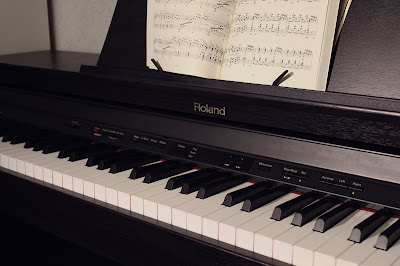 The letter this week is bountiful B


and considering the date, how many people will choose the Scottish Bard, Robbie Burns, whose birth date was the 25th of January, 1759.  Well, I will tip my bonnet to him,  beribboned and tucked with heather, and choose instead another Scottish B - the Bagpipe.


We have Pipers scattered through our family, - David was a Pipe Major and his band piped him out of the church with his lovely bride on their wedding day..... 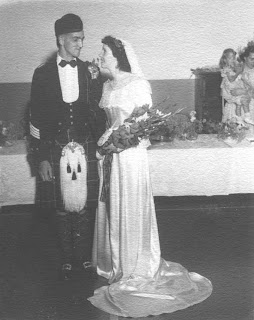 His grandsons played the pipes and drums and entertained the neighbourhood when they came to visit us.

And here, as they prepared to play at their grandfather's funeral reception. 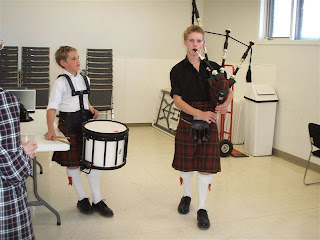 One of his mentors, Harry Lunan, was the last surviving piper to have played in battle during World War 1 before his death in 1994.

Harry Lunan joined the Gordon Highlanders in 1913 as a piper, for which he received one penny a day extra pay.  He took part in the horrendous Battle of the Somme in 1916.  At the attack on Highwood, armed only with his bagpipe, he led a suicidal charge into machine gun fire, playing his comrades into attack with Cock o' the North.

"I just played whatever came in to my head, but I was worried about tripping on the uneven ground, which interrupted my playing" he says in an interview that appears on the cover of a CD dedicated to him.  (The Last Piper)

Harry Lunan's daughter lived one street over from us when we moved from the farm, but before that the family came from the small town in Alberta where my sister lived with her piper husband.

And then there are my cousins who moved to California and celebrate the Thompson clan with great enthusiasm.  My first cousin, with the beard and the big drum and what looks like a pith helmet!! 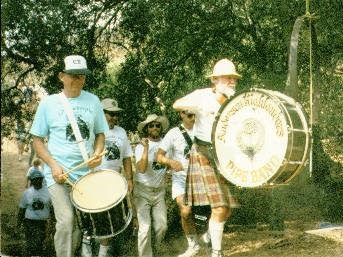 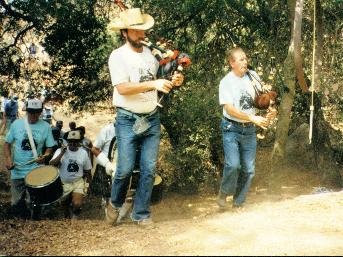 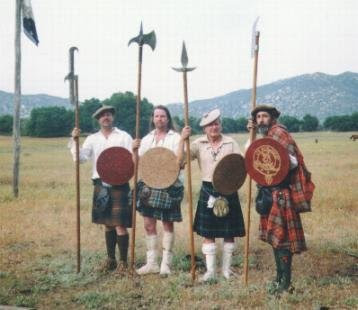 A Brae, Bright Scottish quartet...even without the bagpipes

The family has their serious side as well.  Glen Thompson, whose picture heads this post, is a well known piper and piping teacher.
When he was fifteen he went to Scotland to study with Duncan Johnstone at the College of Piping, in Glasgow.  To finance this journed he became the featured piper of the loch Ness Pub in old town Pasadena,
playing there every weekend during his sophomore year in high school.

In 1998 Glen took over the Cabar Feidh Pipe Band as Pipe Major.  He has appeared in
many movies and is heavily involved with the Clan Fraser,
having played the pipes as the guest of Lord Lovat at many occasions.

Although his background is in competition they say Glen is at his best when entertaining a crowd.
I, alas, have never heard him play, and I do so love the pipes.

Charles is non-committal and rolls his eyes.

For more great B's visit here at ABC Wednesday and see what Mrs. Nesbitt and her Blessed
helpers have to offer.
Posted by Hildred at 3:19 PM 9 comments: 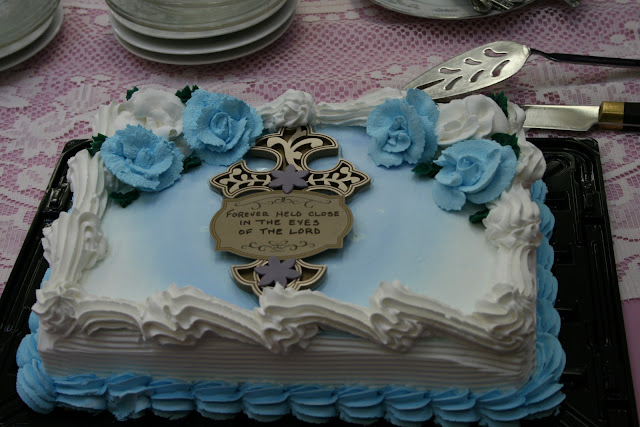 A rare occurrence in the mainline churches these days  As are weddings, - the last wedding I played for in the church must have been five years ago - there are so many other venues that young secular people find appealing.  Traditionalists are to what we once considered Holy Sacraments as needles are to haystacks!!

Nevertheless we had this very mindful and beautiful ceremony at morning worship yesterday for a sweet baby entering into a community of loving souls, - he smiled all the way through it, even when the minister scooped up at shellful of water and cascaded it over his dear little forehead.

All of us old believers, who are so forlorn at the lack of children's voices in the church,  - young energies and sweet innocence - were past delight and into wondrous nostalgia.

I wakened about one o'clock last night.  The glow from the street light was golden on the trees and Orion's belt stood out brilliantly against the dark sky.

Today the sun is shining, - it is high enough in the sky and rising to our view by nine o'clock, skimming the top of the mountain.  Beautiful blue sky and soft benevolent clouds! 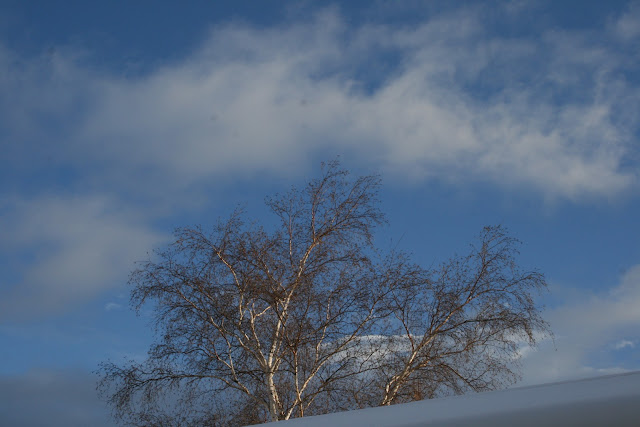 I see buds swelling and catkins on the hazelnut tree and I yearn for spring...
Posted by Hildred at 11:36 AM 2 comments: