Pink and White and lots of love 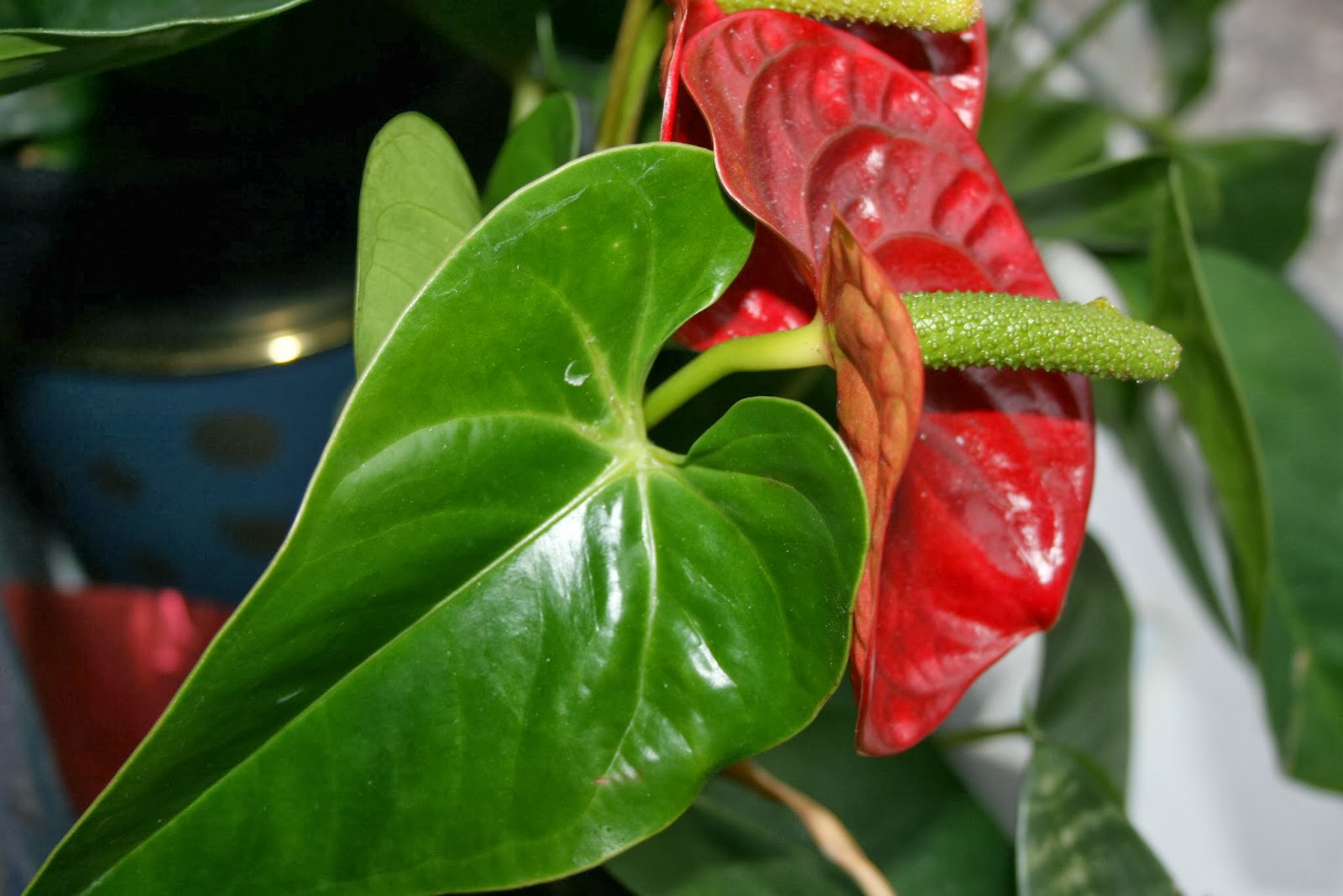 Or the ones when our children went to school and you made sure that everybody in the class was given a Valentine by the ones who were bent over the kitchen table cutting and colouring  numerous hearts and flowers and arrows and gathering them together to post in the class Valentine Box - what an honour to be the Postman.

I passed a middle-aged fellow in the grocery store yesterday, cradling a large bouquet of spring flowers.  He said, with a wry grin, 'this should gain me some brownie points'!

Today in honour of Valentine's Day I have been plying some of the pretty pink and silk Polworth yarn that I spun with a skein of white silk left over from past projects, and thinking nice heartfelt thoughts as I did so..... 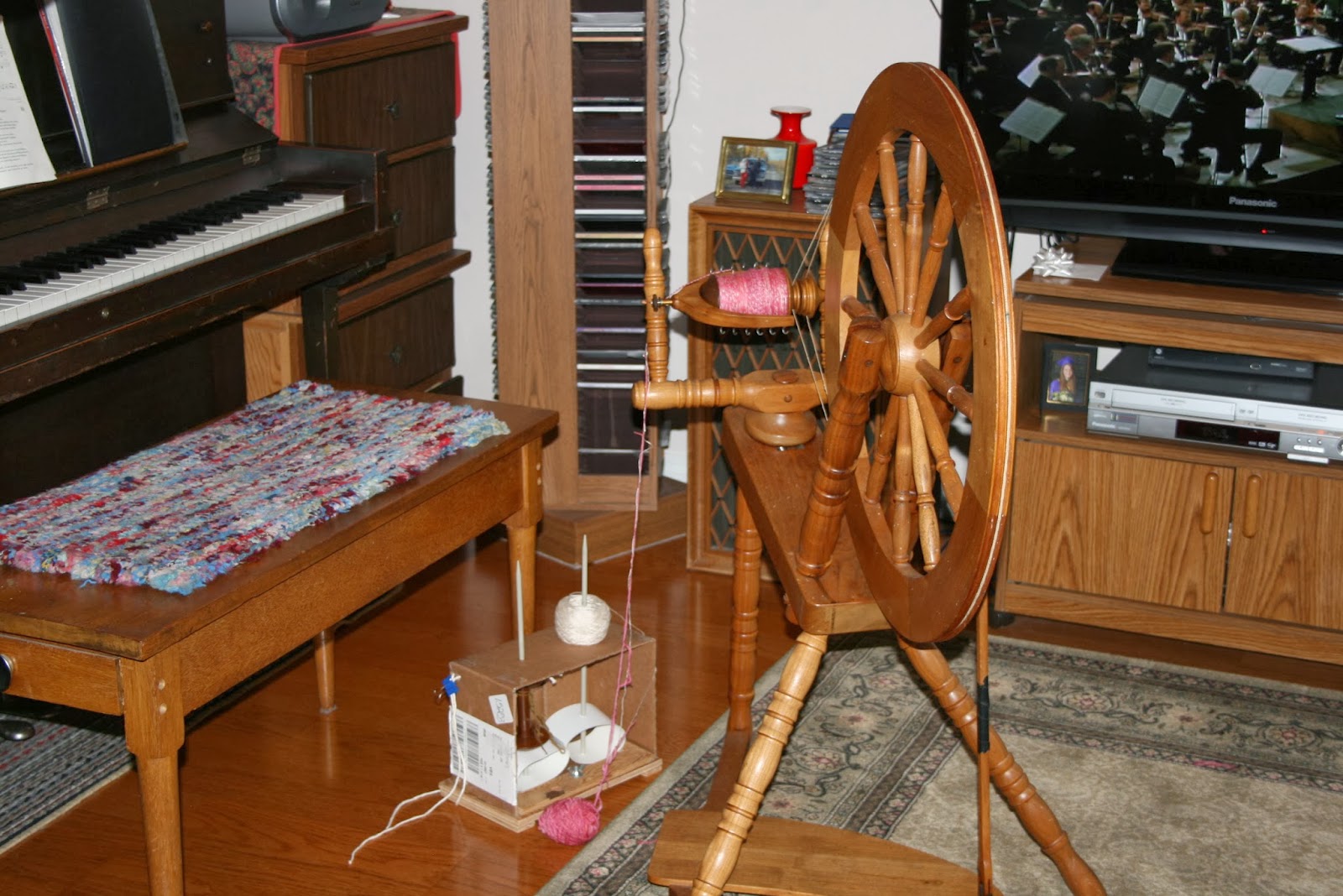 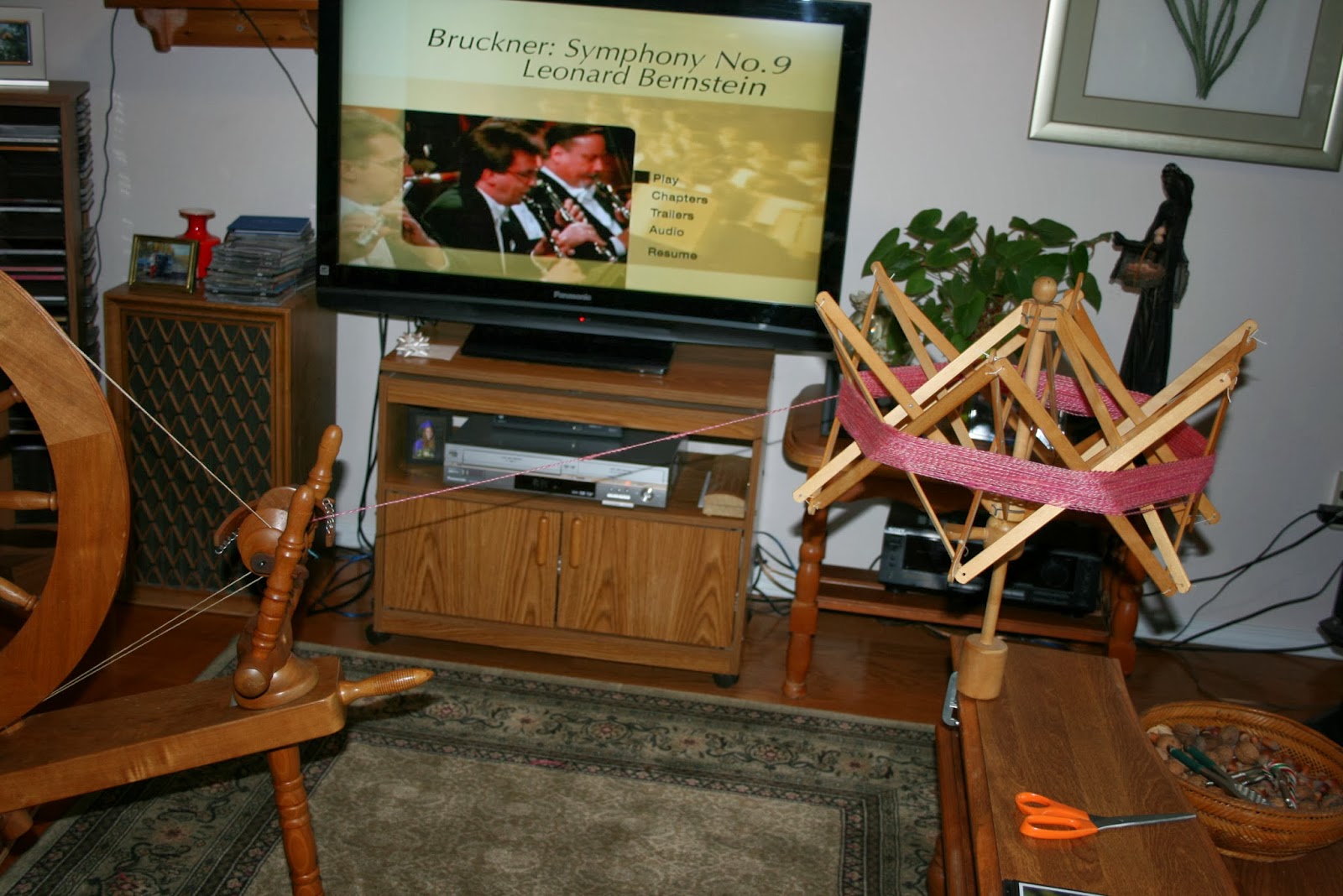 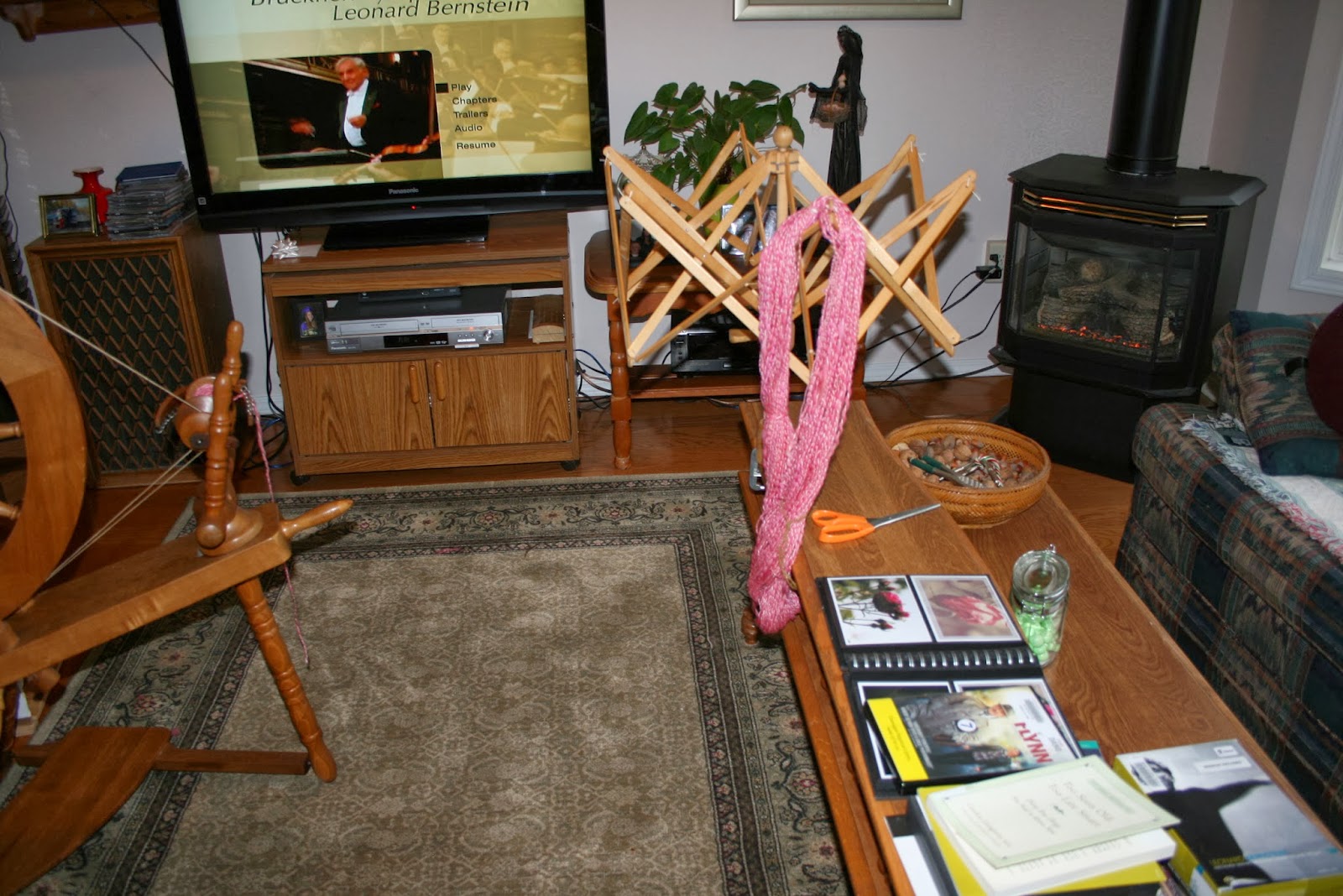 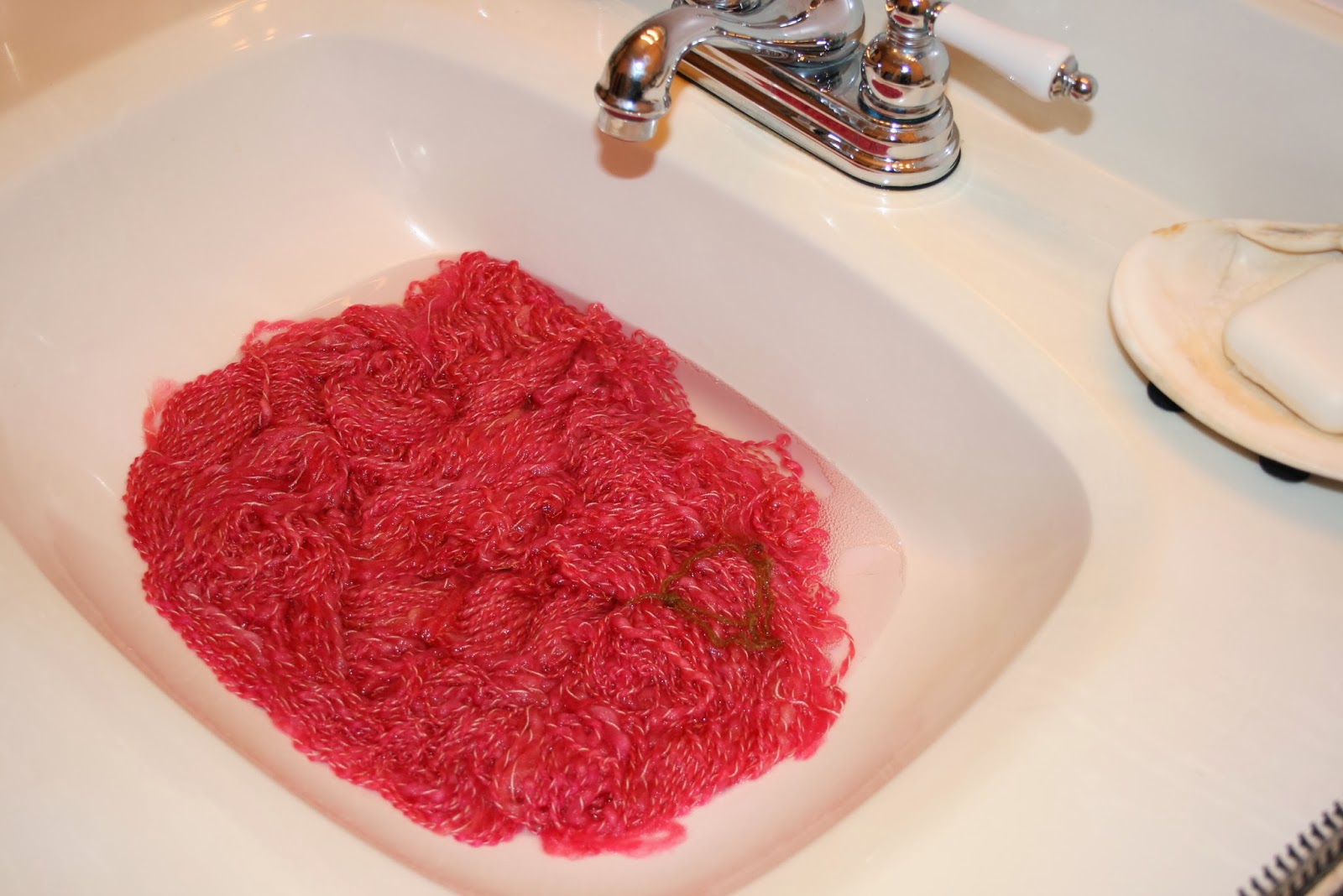 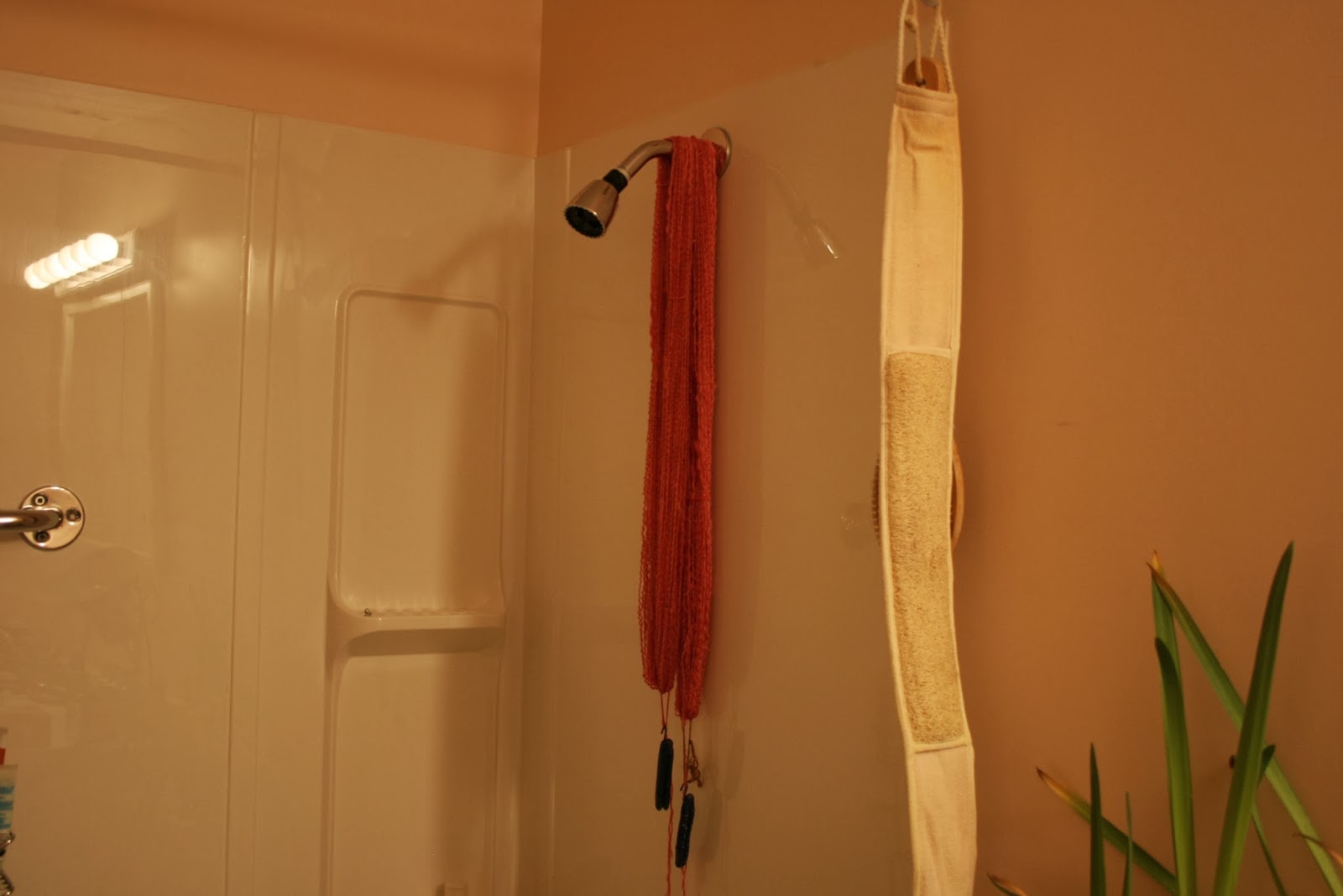 and hung out to dry....weighted, to encourage
a nice even ply...
What will I make?  Well, maybe a nice lacey scarf,  or a hat
or maybe even a pair of socks with a heart motif
to celebrate Valentine's Day.
Have a Happy Valentine's Day
and cherish the thought behind every loving gift
you receive - slightly grubby hand made cards are especially charming!
﻿ 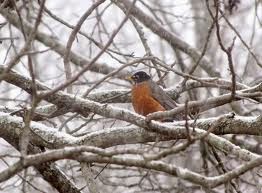 Heart of my heart, we are one with the wind,
One with the clouds that are whirled o'er the lea,
One in many, O broken and blind,
One as the waves are at one with the sea!
Ay! When life seems scattered apart,
Darkens, ends as a tale that is told,
One, we are one, O heart of my heart,
One, still one, while the world grows old.
Alfred Noyes﻿
Posted by Hildred at 9:47 PM 3 comments:

E is for Eccles Cakes

ABC Wednesday
The letter is E, which is an Elegant choice for the Eccles Cakes

Not exactly what you would call a cake - but rather a crisp, crumbling pie, reminiscent of mince pies but fresher and simpler in their ingredients.

A confection with a history!!!

In 1793 James Birch's shop on the corner of Vicarage Road and St. Mary's in Eccles began selling small, flat, raisin-filled cakes, and is the first person credited with selling these 'Eccles" cakes on a commercial basis, although there are traces of something similar to the Eccles cake in a cookery book entitled "The Experienced English Housekeeper" written by Mrs. Elizabeth Raffaid in 1769.

Whatever their true origin, Eccles cakes are now famous throughout the world, and for me they have special memories from my early childhood.  During the Depression days, (when I believe the fortitude of many of the generation which coped with those days evolved) Mrs. Clough, wife of the minister who shepherded the flock at St. Faith's Anglican Church, was famous for her Eccles cakes throughout the parish, and always a welcome visitor as she visited with a basket of these hearty and delicious morsels she had whipped up in her kitchen just that morning!

The recipe for Eccles cakes in my trusty British Baking Book calls for  a rough puff pastry made from 4 ozs of plain flour, a pinch of salt, 1 oz of chilled lard and 2 ozs of butter, a squeeze of lemon juice and 3-4 tablespoons of icy cold water, mixed in the traditional manner and chilled for 15 minutes in the refrigerator.

Modern recipes make use of frozen puff pastry purchased from the super market.

Here is a modern recipe which I use; guaranteed to produce the same wonderful pastries that live in my memory....

Preheat the oven to 425 degrees F and sprinkle a baking sheet with some water.  In a small saucepan melt the butter, add the mixed peel, demerara sugar and the spices, mixing until the sugar is completely melted.

Prepare the puff pastry as directed and roll out into a flat circle, 1/4 inch thick.
Cut into fairly large circles and divide the fruit mixture between them.
Moisten the edge of each circle and pull it towards the center to make a pouch.
Turn over and press gently with a rolling pin to flatten the cakes
Brush each cake with egg white and white sugar, make parallel cuts in the top and bake for 15 minutes in the preheated oven - or until lightly browned around the edges.
Place on a wire rack and allow to cool.

Eccles cakes are sometimes, with affection, referred to as 'dead fly pies', but don't let that deter you!

For more surprising interpretations of the letter E visit here, at ABC Wednesday, with thanks to Roger and Denise for this great meme.
Posted by Hildred at 9:35 AM 14 comments: