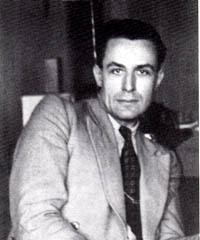 "The door to the past is a strange door.  It swings open and things pass through it, but they pass in one direction only.  No man can return across that threshold, though he can look down still and see the green light waver in his watery weeds"


Looking for inspiration I found in the past a blog entry written on August 4th, 2009
- ten years ago!

It seemed appropriate as I am re-reading Loren Eiseley...

The Unexpected Universe
The Star Thrower
The Immense Journey


For a time the Immense Journey was the only Eiseley books on the shelf,  having passed his other books to family, hoping to share with them his wisdom and philosophy.  However, through Thrift Books I have been able to obtain copies of those books I once gave away - (never expecting to live so long that I would want to once again be inspired!!!!)

Here is what I said about Loren Eiseley when I was ten years younger, - he seems to be a revolving wheel in my life, - someone whose philosophy overtakes me every decade, when life grows mundane!

"Loren Eiseley seems passe now, as far as the library is concerned at any rate.  He was still searching for the Secret to Life when he wrote about the endless mysteries in his own experiences, and meditating on the long past.

An anthropoligist, an imaginative naturalist and a master of prose and poetry, Loren Eiseley fired my imagination and my searching soul.

"When the human mind exists in the
light of reason and no more than reason,
we may say with absolute certainty
that Man and all that made him
will be in that instant gone."  Loren Eiseley

From his Biographical Notes....

"Loren Corey Eiseley was born on Sept. 3, 1907, in Lincoln, Nebraska.  Eiseley learned much from his parents, both of whom were descendants of pioneers.  From his mother, Daisy Corey, an amateur artist, he gained an immense appreciation for the beauty of natural structures and creatures.  From his father, Clyde Edward Eiseley, once an itinerent Shakespeare actor, he acquired the sensitivity and expression of a poet.  In addition, the Plains environment in which he spent his childhood stimulated his interest in anthropology with its salt flats, ponds, and the mammoth bones and fossil collections of the Unversity of Nebraska museum.

Eiseley described himself as "the fox that sits at the edge of the woods"....

He was admired by W.H. Auden, described as a modern day Thoreau, and yet the discoveries of recent times have dimmed his light somewhat.

Neverthless, as I run my hands along the shelves, looking for something to read, invariably I pause at Loren Eiseley - he writes of his wonderful natural philosophy with such eloquence."

There are many quotes, but the one that I continually marvel at concerns water, - the water that turns my stiff weaving, as it comes off the loom, into soft and luxurious fabric, -   magically changed by its immersion..

"If there is magic on this planet, it is contained in water."

Now when I see "the fox that sits at the edge of the woods", I’ll think of Loren Eiseley and you! I love your Header, Hildred. It’s raining here in the mountains.

I am so thankful that you introduced me to Loren Eiseley. I have most of these same quotes written in my journal pages - all except the last one. Yay, for a new one.

I don't know Eiseley - Just read through these quotes:

So he's an evolutionist then? without God? Am I missing something or is that right?

Thank you dear Hildred for enlightening me.

Ruth, I am not sure about Eiseley, but personally I think it's possible to be both, - God works in mysterious ways!

Absolutely, Hildred - it IS possible to be both! - and his writing could only come from a belief in God now that I think on it...