An invitation to dine tomorrow evening, - and entertainment after!

No. 3 son and I will be delving into old, old pictures,
that don't bring back memories, because they were taken before our time,
but do open the gates into another century,
and other generations.....

I peer into the box of pictures
and what do I find, randomly!!!

Here is a picture of Mary Anne, my great grandmother,

with my grandmother on her knee! 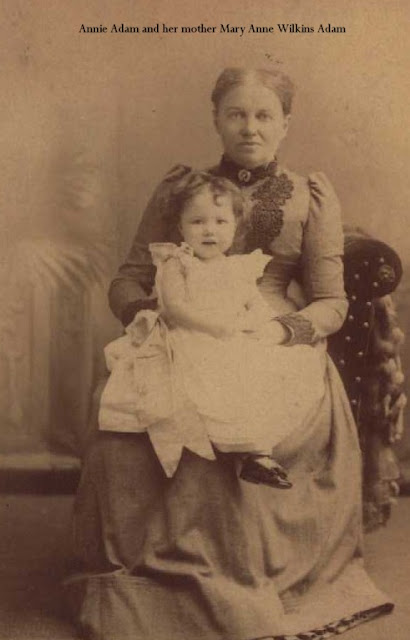 And four generations of my father's family..

her son, my favourite cousin 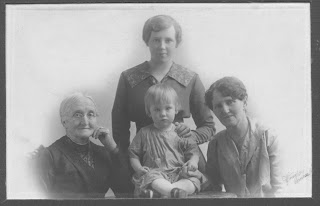 A merry collection of my mother's family....

her sisters, her mother, probably her aunt
and cousins 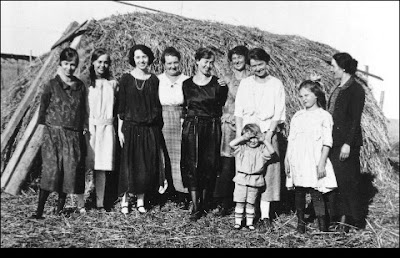 Dear Aunt Hildred, - for whom I am named -

and the name goes on and on

in the family, remembering her 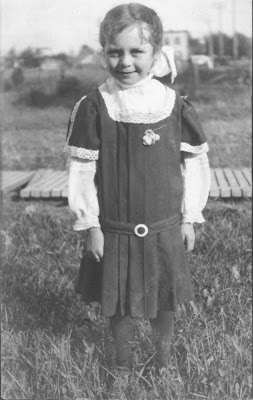 Ah, one of Charles' intrepid ancestors 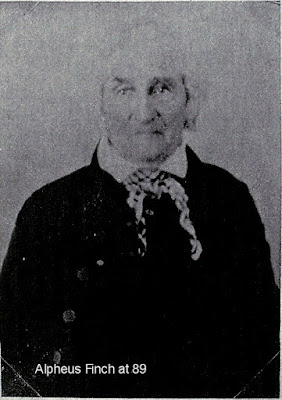 and his mother, as a young girl visiting New York 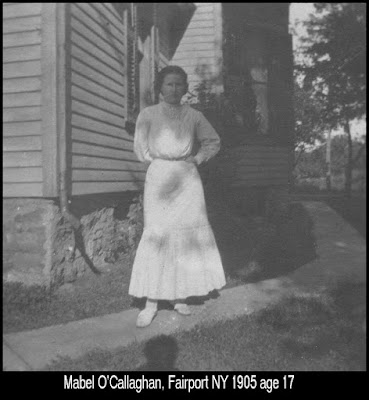 and now is cutting a special anniversary cake

with her husband, Leonard 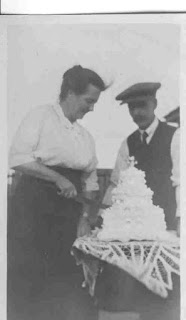 and Charles, playing cards with his sister

and a boyhood friend, who became a lifelong friend.... 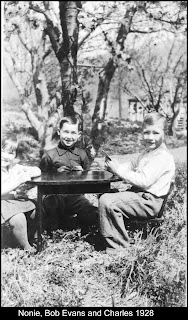 Just a little handful of the snaps

that lie in the box of old photos,

waiting to be passed on!!!

I have a box like that Hildred - what different lives they led - how things have changed.

I, too, have a box and at least one child who is interested in the old photos and old stories. I liked seeing yours.

Quite a few old photos have come to me, far too many with no name. My Nephew-the-History- Teacher insists that I have too vivid an imagination when suggesting a family resemblance. The great aunts and uncles on my mother's side are recognizable as younger persons; I stare at other faded images wanting to know the stories.
There were devastating losses in my Dad's family during the 1918 flu epidemic when he was not quite 2 years old.

So wonderful your son is helping you to sort through these (not exactly) memories -- but important to save and pass on.