D is for Dervish

The letter is D for Dervish

Not the traditional Persian Whirling Dervish of the Sufi 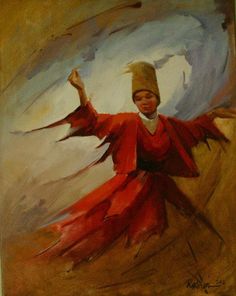 but that icon of Irish music, the Dervish Band (originally The Boys from Sligo) 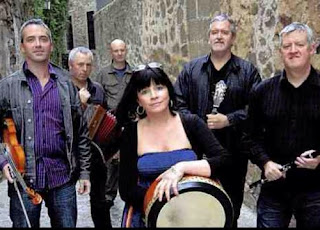 Although the name derived from the Sufi, (known for ecstatic dancing) might seem to be an odd choice for an Irish band the parallels to Irish music are strong - the Dervish being people who become enraptured by the music, and swept away spiritually.

Cathy Jordan, the lead singer with the band, says, "There is so much of that present in the music that we play, that sense of  being caught up in a higher love, a profound spirituality.  It seemed like a
good choice for a name."

For more interesting Ds drop into ABC Wednesday, here.
With many thanks to Roger, Denise and
dedicated helpers...
Posted by Hildred at 10:46 AM

Fascinating.
I never thought of the two types of music being so similar.

Liked them both but the second one would get me up dancing right away!

Thanks for this music, Hildred! I like folkmusic, especially Irish music.

Good name for a band, how useful that Irish dancing can be done in a small space!