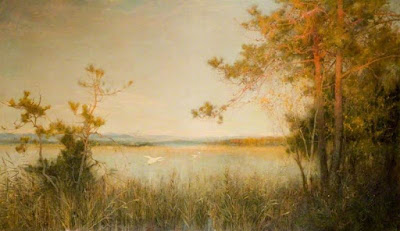 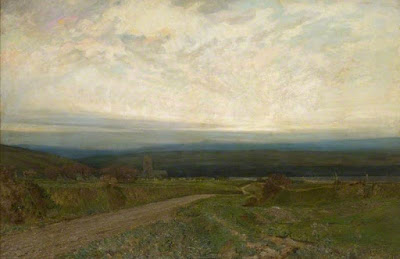 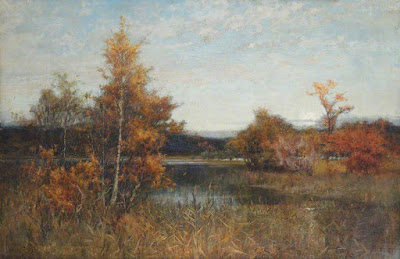 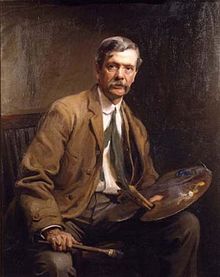 I had not heard of him before, but I do love his work! Almost what you can get with camera and photo-shop these days.

Ihad not heard of him before this Hildred, but I must say there is something very restful about his work which I like very much.

Thanks for showing these wonderful paintings. They are more real than life itself. He rightfully earned a knighthood!

I'd never heard of him so looked on artuk.org to see if I had seen any of his painting and not known (no!)but I surprisingly found a painting of his of Newby Bridge which I pass regularly, the only change to the bridge is today it has tarmac on it. He paints weather so well.

Oh so lovely. I wish I had that talent. I love the landscapes so much.

The first one is my favorite as well Hildred! I love places like that. It reminds me of the Lake where we used to live here in Oregon -- but a more romantic (lyrical) version of it.