ABC Wednesday
January 20
The letter is B for Robbie Burns

The anniversary of his Birthdate being January 25th. 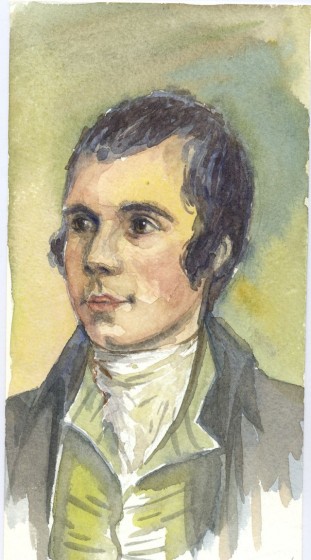 Known as the Bard of Ayrshire (and various other names and epithets) he was widely acclaimed and is still regarded as the national poet of Scotland.  A pioneer of the Romantic movement and a source of inspiration to the founders of both liberalism and socialism, he was a 'cultural icon'  in Scotland, - and indeed wherever in the world Scots have emigrated his birthday is celebrated with great honour and tradition; and there is a plethora of statues, especially throughout Scotland 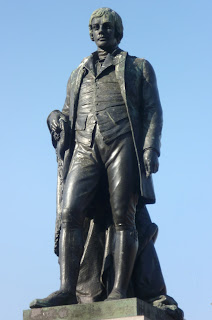 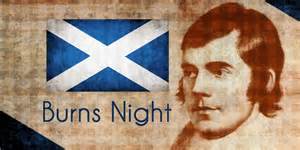 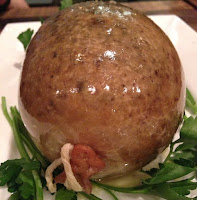 which are held wherever Scots gather, will surely attest to the great passion that accompanies the Address to the Haggis, whether or not it appeals to one's palate!!

The Canadian Scottish Regiment (Princess Mary's) in 2015 at Victoria, B.C.
The Address to the Haggis by 2Lt Drew Shaw of B Company

See what you're missing!!!

Really what the Address is saying is that eating haggis is delicious, it
is warm and rich and will make you strong and braw;
and that it has a great advantage over French cooking, -
and indeed, that of any other nation.

I leave you with what some call the Greatest Love Poem of all time, which
will remind you of Robbie Burns' silver tongue and his great fondness
for the ladies...

As fair art thou, my bonnie lass,
So deep in luve am I
And I will luve thee still, my dear,
Till a' the seas gang dry.

Till a' the seas gang dry, my dear,
And the rocks melt wi' the sun
And I will luve thee still, my dear.
While the sand o' life shall run.

For more interesting Bs visit here at ABC Wednesday
with thanks to Roger, Denise and all
brave and bonny helpers.

Quit an interesting post.... a person i've never heard of before.
Good choice for this weeks letter.

Thank you and hopefully till next week at your entry.

My paternal grandfather had Scottish blood and could quote Robbie Burns at length using (what I assumed as a child anyway) an excellent accent. However, I never heard the ode to Haggis.

I think I will pass on the Haggis...

Oh I'm so glad you did Robbie Burns! I'd forgotten that it's almost his birthday so I'll have to make sure I get the beastie with the mash & neeps. The haggis is in the freezer but I may get some black puddin' too.

We've been watching a T.V. series set in Scotland and this is a nice post to read while my brain is enjoying the Scottish highlands! Happy birthday to Robbie Burns! I am happy to say that I have had Haggis, too!

I live in Albany, NY and there is a statue of Robert Burns in Washington Park, not a block from where I used to live!

This month is certainly speeding by, Burns night nearly upon us. So many wonderful songs and poems.

No doubt Burns melted many hearts with his words.
The View from the Top of the Ladder