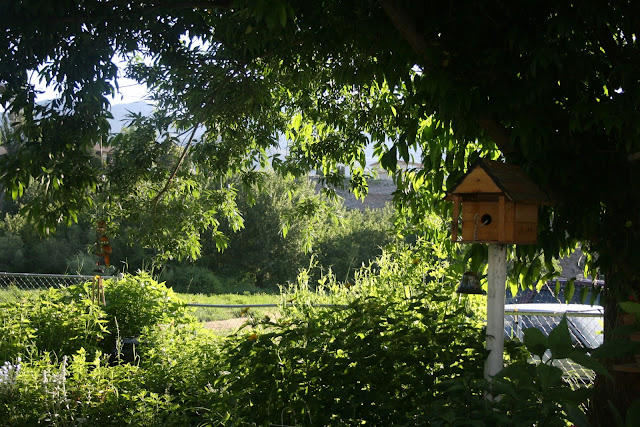 When we moved from the Garden on the Hill I slowly abandoned my Garden Diary blog, and after a while was just posting now and then some of the new little additions to this town garden.  A few days ago my granddaughter, who now tends the hill garden and lives with that marvelous view of sky and mountains and valley, brought me a lovely bouquet of roses she had snipped from the Mr. Lincoln, the Prairie Princess and the pink arbour rose..... 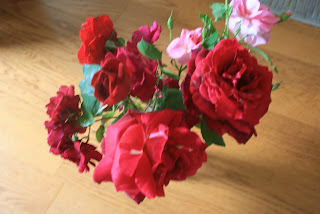 At the same time the roses that crowd the gateway here were soaking up
that lovely rain we had last week and reaching the best part of their first flush.... 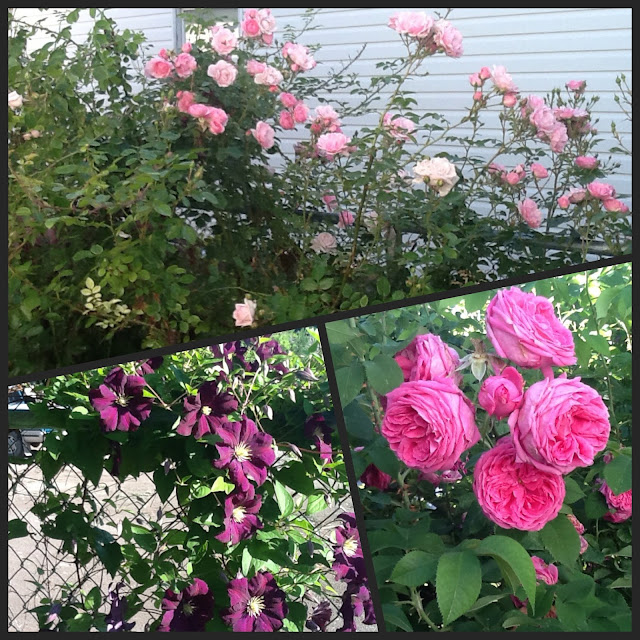 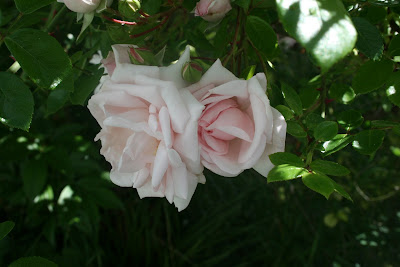 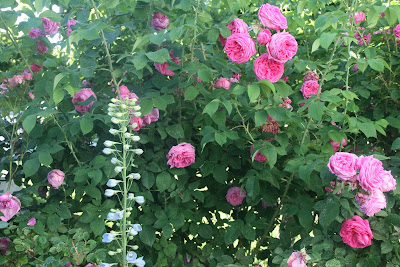 Around the garden shed the Blaze Rose, which received a good pruning this
spring to keep it from wandering into the neighbour's yard,
has recovered quite nicely and its old familiar bloom reminds me of
the roses that covered that back wall at the farm, the ones that Charles'
mother grew at her backdoor, and the wonderful Blaze climbers we had
when we gardened earnestly on 10th!! 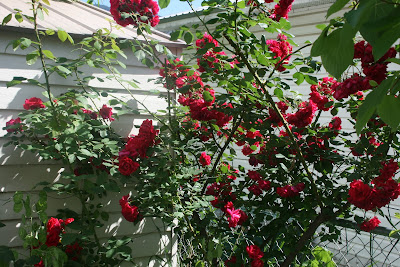 The peonies have all pined away and dropped their petals round their feet
but the garden is pregnant with greenery and swelling buds, It will soon be the time of the Lilies and the poppies (although the Oriental ones have left, except for one lone pink one which I will try to squeeze in later.... 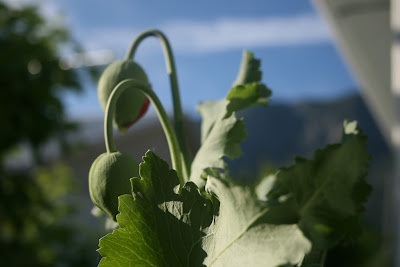 In the last day or two the spider lily, which I saved from last year, has started a magnificent display....out in a pot by the back door, with the container of hot pink and white zinnias 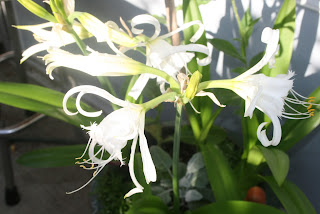 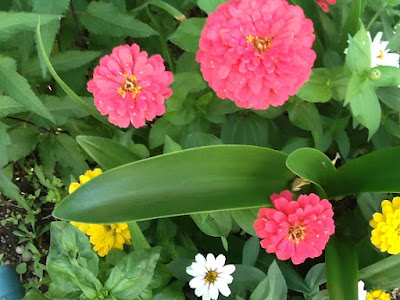 When I was busy tidying up the wild violets that decided they would like
to grow side by each with the Hellebore I found some blooms that
had gone to seed, -  one empty of its seed, and another still white and fresh,
although a few days in the house found it drying quickly and popping
open to release the seeds.  I thought they were structurally very beautiful, and delicate. 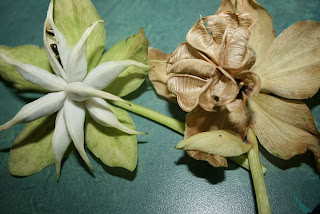 Along by the front gate the large purple clematis has gone wild,and is climbing
joyously up and over the entrance - the little violet one on the back fence is being
much more prim, but still very beautiful. 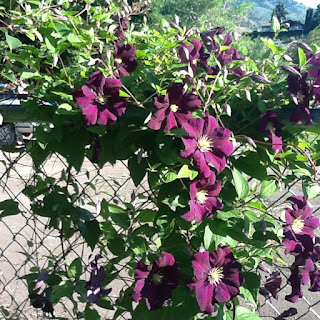 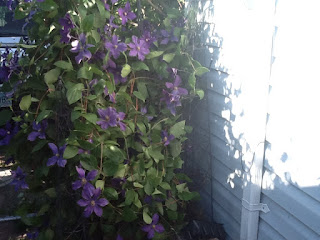 and here is Callie, who hides in the garden and watches all the neighbourhood cats pass
down the lane....

and another pretty picture of the Blaze rose and the pink poppy...... 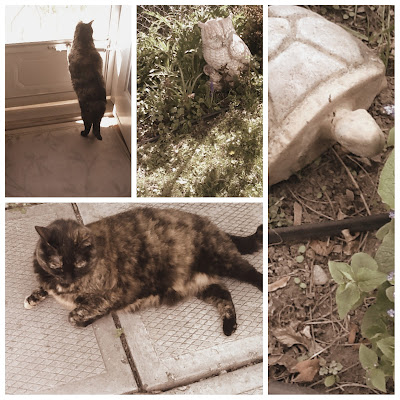 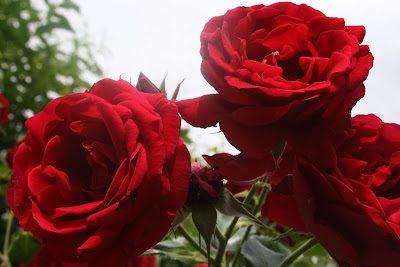 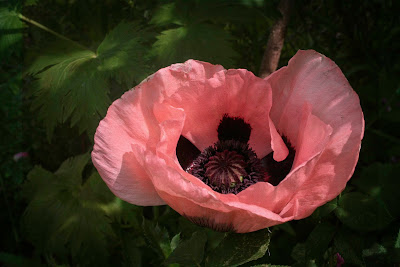 I rise early these days, since the weather turned so warm (hot)
and last thing at night wander through the evening coolness.....

That pale pink poppy is so beautiful - and of course your roses too Hildred. Nothing quite like them is there, particularly if they give off a scent - however faint it is so beautiful.

That pale pink poppy is so beautiful - and of course your roses too Hildred. Nothing quite like them is there, particularly if they give off a scent - however faint it is so beautiful.

Here the garden is slowly going into winter, not that it is totally devoid of flowers here in our mild winters but your photos are just lovely and give me much pleasure. Thank you.

I love the side by side photo of the hellebores, fresh and dried. I too sometimes find the dead and withered remains of flowers as beautiful as their fresh and colourful previous selves. I've never seen a spider lily: it's beautiful! And I've never grown a rose, so we have to rely on the wild ones for that luscious scent.

The gardens are wonderful, every flower. Beautiful "arrangements" (your mosaics) too. And OH! Those roses. Incredible.