Y is for William Butler YEATS

The letter is Y, for William Butler YEATS 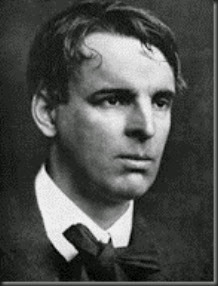 Born in Dublin in June of 1865 William Butler Yeats was a member of the Protestant Anglo-Irish minority that controlled much of Irish economics.

Despite spending the first fourteen years of his life in England he was a fervent Irish patriot.

Many of his poems were about Irish legends, folklore and ballads, and he was very much inclined towards the Occult, being, with his wife, a member of the ‘Golden Dawn’, a society of mysticism and occult symbolism.

Yeats is considered one of the greatest poets of his century, and here is one of his famous poems based on the Irish legend  of Diarmuid and Grania, two lovers frustrated and destroyed by the machinations of the Irish Finn.  Lovely imagery.

We who are old, old and gay,

If all were told;

Give to these children, new from the world,

And the long dew-dropping hours of the night,

And the stars above:

Give to these children, new from the world,

Tell us it then:

Us who are old, old and gay.

If all were told. 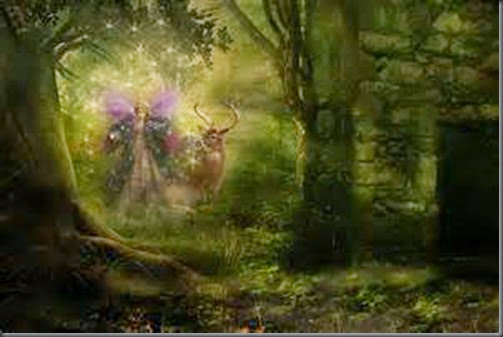 For more interesting Ys visit here at ABC Wednesday, with thanks to Denise, Roger and helpers.

More than anything else Y is no doubt for Yeats...great tribute!

Thank you Hildred, for this poem. I have a book about Irish legends by Yeats. It's beautiful.
I hope you will join us again in the new round!
Wil, ABCW Team

Wonderful Poet was W B Yeats, I love lots of his works too. particularly about Irish Folk Lore. I live Liverpool UK and there's a lot of Irish people that came to live here during the Potato Famine and other times of hardship. I liked The Song of The Happy Shepherd,
Yeats was born nearby my Aunt Jennie's home in Bath Avenue Sandymount.
Best wishes, Di.

Yes Hildred - undoubtedly one of, if not THE, greatest poet of that century.

What a lovely painting to illustrate the magical poem.