Tonight I had a lovely chat

with an old friend!

She wasn't an old friend when I first met her

at the McTavish Business College

where we were both preparing ourselves

for the business world 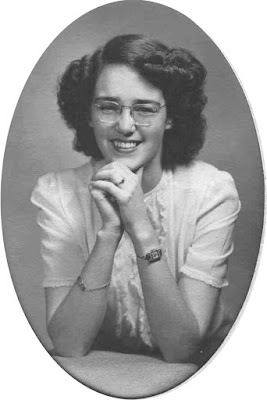 so she was batching it in one room in Edmonton

while she attended college.

You know how it is when you meet someone

there is an affection and a realization

that this is a kindred spirit!!!

but it is a friendship that has lasted

until now, - when we are both

well into our nineties.

bring back so many memories

of the times we spent together in those early years....

and china and linen stores. 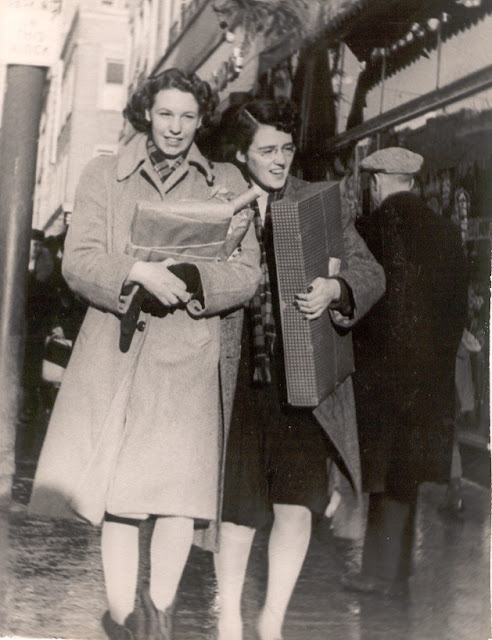 hiking by the Saskatchewan River

with frying pan and pork chops

(as an aside, I was hiking with Norma when I met Charles and seduced him
with pork chops and fried potatoes and niblets)

Norma and I were both part of a group of girls

who regularly hosted dances for servicemen/

(where she met her future husband) 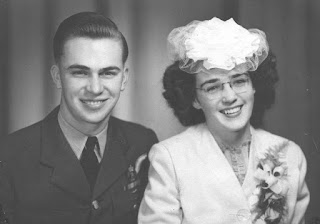 It is a friendship I treasure

and am so grateful for.

The oldest friend I have alive! 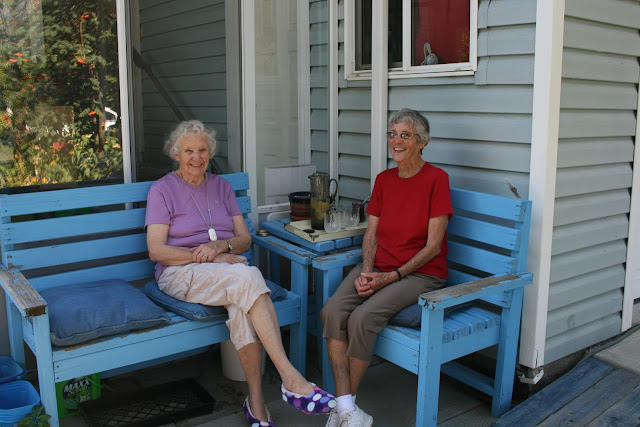 Old friends are to treasure aren't they Hildred - my oldest one and I started infant school together on our first day eighty four years ago and we still speak once a month on the phone.

How nice you have kept your friendship going for so long. My best friend is a woman I met in first year of high school (1964) so we have been friends for a long time also. We have had many lunches and shopping adventures. Due to the virus, we text more now than talk but still keep in touch weekly. Lovely post!

What a lovely post, Hildred. Friendship is such a dear thing. The pictures are real treasures.

And if I may say so, you've aged so well! I have a friend from when I was 13 and when we talk or e-mail, it's as if we're back in each other's lives as it was while we were growing up. A friend of long-standing has been through so much with us - their perspective is invaluable and to be treasured. PS Those must have been delicious pork chops...