Ogden Nash and his search for his Noumenon

The letter is N for Nash and Noumenon 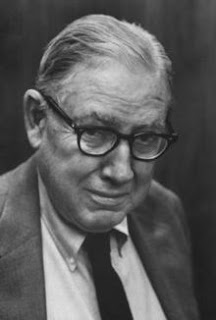 Regarded with great respect by the Literary Establishment!

A collection of his books have been on my shelves

since the mid forties...

and in the one entitled "Good Intentions"

"Has anybody seen my Noumenon"

There is one point which I am more than human on,
And that's a noumenon.

On due reflection we are apt to find
That it is noumenons which lead us to believe that just this once
two pairs will beat three of a kind.

And noumenons which encourage us to laugh off
the black clouds in the west and go ahead
and move the supper table out of doors.

It is noumenons which convince you that you can meet
the next tax installment without have set aside
the sum that is requisite,

And noumenons which stir the fancy that M. Lavel
may someday reject an order from Berlin with a cry
of "Ze hequisite."

It is noumenons which, if you have no excuse
for flouting natural laws, they supply it,
Such as kindlng the hope that you can remain trim
and lissome at forty without the nuisance
of exercise or diet,

So now I shall go out and consume a hearty lunch,
but I know I shall remain trim and lissome in spite of it,
because I have a strong noumenon,
or overwhelming hunch."

* an object known only by intuition,
apart from any evidence of the senses.

In other words,  existence without sense or perception

easier than trying to interpret Kant

More Ns here at ABC Wednesday
enjoy, with thanks to those who maintain ABC

Thank you for reminding me of Ogden Nash; I used to enjoy his perverse verses but somehow had forgotten of his existence.

What an impressive person and more so his writings

Love this and was feeling that "hunch" was the meaning as I kept reading. Thanks for sharing this.

The name is very familiar but I haven't read any of his works until today. - Margy

I like this poem, thank you. It's very reassuring.