The letter is K for Ted Kooster 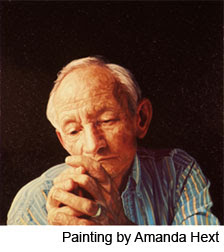 He worked for many years as Vice President
of an Insurance Firm,
writing his poetry in the mornings,
in the evenings,
and during his spare moments.

For two terms Poet Laureate in the United States,
a Pulitzer Prize Winner,
now he writes children's books,
is a Professor at the University of Nebraska,
and is Editor of a newspaper column

which is carried in 150 newspapers
throughout the country
as well as being distributed
by email,
and used in classrooms.
(From Wikipedia)

I have his book
"The Wheeling Year -
A Poet's Field Book"

in which he says about September

"One of our old neglected apple trees is so burdened with fruit this year that a limb has cracked, turned brown, and drapes, limp-wristed, bejewelled with apples that ripen, day after day, on those lifeless fingers.  This morning I noticed that hornets have come to set each garnet in golden filigree" 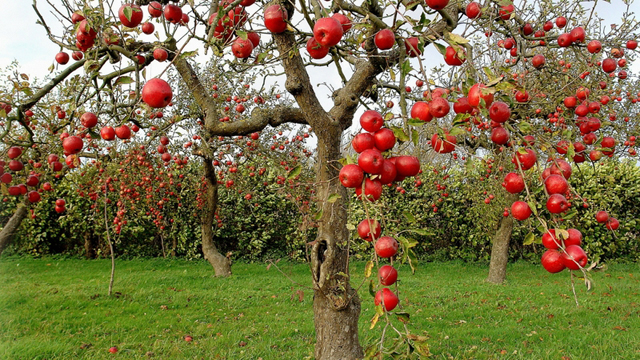 and he goes on to say, about September...

"Labor Day weekend, rainy and cool, and the second hatch of barn swallows are still in their nest under the eaves, three of them, downy and mewing, their beaks like buds just opening, while the rest of the swallows, an extended family of a dozen or more, including the year's first hatch, wheel round and round this axis, crying,  as if to unwind the invisible thread that holds them here,
with winter coming". 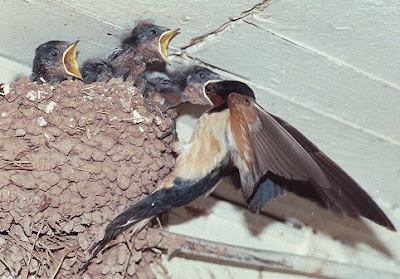 A beautiful expression of a poet's awareness
it is well named

Open it to any page and there is a vignette of life;
creative, imaginative, heart touching, sometimes poignant
and very beautiful.

For more expressions of the letter K visit
here at ABC Wednesday
with thanks to all who maintain this meme.

Lovely images from a poets pen.

Some people are magicians with words

What a wonderful fruitbearing tree you have

Great to know this poet.

Thank you for introducing me to Ted Kooster and some of his wonderful words.

Beautiful words, reminded me of the John Clare quote "I found the poems in the fields, and only wrote them down". Love those sprays of apples.

the Poet sounds like a very talented man ~ thanks, ^_^