O is for Opal

The letter is O for the lovely Opal 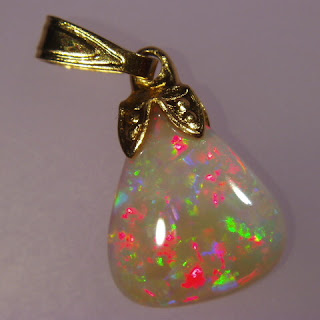 The word evolved from the Roman "opalus' or the Greek 'opallios' meaning ' to see a change of colour'  The ancient Indian Sansksrit name was "upala", which meant precious stone.

The Greeks thought that opals gave their owners the powers of foresight and prophecy, and the Romans adored it as a token of hope and purity.  Eastern people regarded it as sacred, and Arabs believed it fell from heaven....

In reality they came from volcanoes, the silica in meteoric waters and sediment hosted fields and in hot springs and geyser environments.

Some lovely examples of the opals found in Australia, Mexico and Honduras. 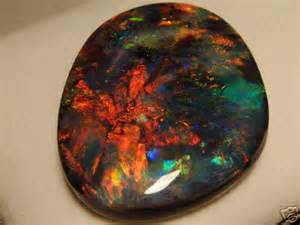 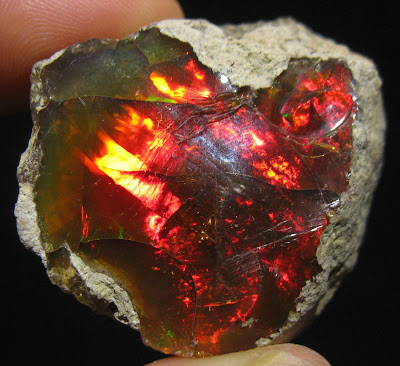 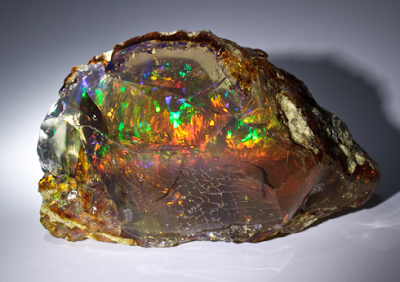 and some even closer to home, in the north Okanagan and the Cariboo region of British Columbia 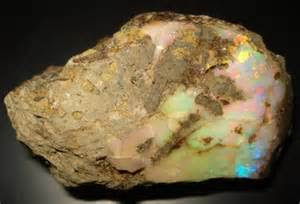 You are ice and fire
The touch of you burns my hands like snow.
You are cold and flames.
You are the crimson of amaryllis,
The silver of moon-touched magnolias.

When I am with you
My heart is a frozen pond
Gleaming with agitated torches.


For more interesting Os visit here at ABC Wednesday, with thanks to
Denise, Roger and opulent helpers...
Posted by Hildred at 1:48 PM

Wonderful stones, my birth stone so I have a few. I have been to Coober pedi in the north of our state where they live underground as it is so hot, some of the mines have turned into homes.

wow how beautiful they are.... love stones like these

My engagement ring was an opal.

What an interesting post Hildred. I love opals. They are my birthstone.

I came by to see if you're having spring, Hildred. Do the opal's colors mimic what you're seeing outside? Your header is so inviting. Hope you're seeing lots of green and some blooming there. Still snowy at my house.

The pictures and the poem are lovely and I did not know about that gem region in BC; fascinating!

Barb - it is time to do a garden post, - spring is fast turning into summer here! How lucky you people who have birthdays in October and can claim the opal for your birthstone. Sallie, I believe the site in B.C. is small, - it is possible to go and dig for opals, for a fee, but I read conflicting reports about this aspect of it. I used to have an opal ring but gave it and a lavender chiffon scarf to a airforce friend going overseas in lieu of a 'yes' to his proposal..... (not Charles..he was definitely a YES)

Wow, that polished stone (second down), is stunning!

I like opals better than diamonds and the poem is so beautiful.
Thanks Hildred. Have a wonderful weekend.
Wil, ABCWTeam.

I love Opals as it is my birthstone. I love what they represent too. Thanks for sharing.
dropping by from the ABC linkup