ABC Wednesday
February 17th, 2016
The letter is F for the Falcon 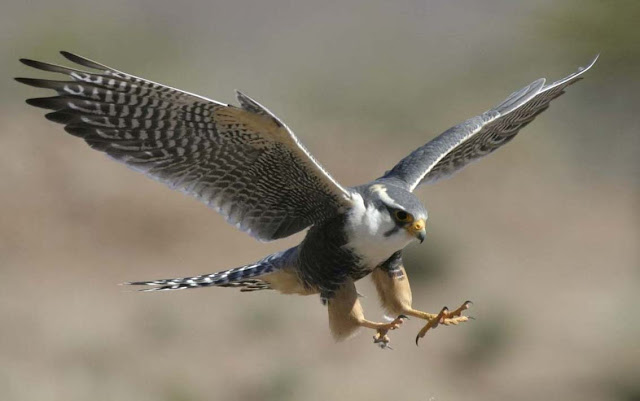 The Peregrine, one of thirty-seven species of raptors in the genus FALCO, widely distributed on all continents except Antarctica.

A few things you might not have known about the Falcon.....

Their thin, tapered wings enable them to fly at high speed and change direction rapidly.

The Peregrine falcon has been recorded diving at speeds of 200 miles per hour,
making them the fastest moving creatures on earth.

They are the largest genus in the Falconinae subfamily of Falconidae.

They kill with their beaks, using a 'tooth' on the side of the beaks.

A falcon has exceptional powers of vision, much to the mouse's dismay...

The fossil record of the Falcon indicates that they are from the late
Miocene, less than ten million years ago,
which is evidently fairly recent as bird species go....

There are three (or four) groups of Falcons -
the Peregrines, the Hobbies, dark in colour
and feeding mainly on small birds.
Sometimes included are the hawk-falcons,
and then there are the Kestrels
known as the Windhover in the United Kingdom. 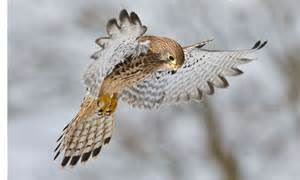 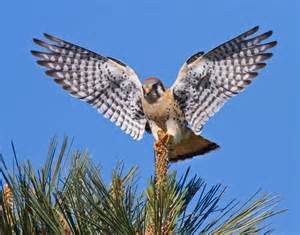 I am quite sure I have posted Hopkin's poem 'The Windhover' before....

It has been a large part of my life for a long time, - I found our farm
'windhover' country,  and called my weaving adventure
"Windhover Weavings"

At first it was the beauty of the poem, the 'sprung rhythm',
the blending of adjectives, verbs and subjects in order to echo his theme
of smooth merging and the bird's perfect immersion in the air'.

As the years have passed I have become more aware and have read  'that a
sensuous experience or description leads to a set of moral reflections'
in that the writer is drawing inspiration from the beauty
of the hovering bird in comparison with man's striving
for spirituality.

Here it is once more!

I caught this morning morning's minion, kingdom
of daylight's dauphin, dapple-dawn-drawn Falcon, in his riding
Of the rolling level underneath  him steady air, and striding
High there, how he rung upon the rein of a wimpling wing
In his ecstasy! then off, off forth on swing.
As a skate's heel sweeps smooth on as bow-bend; the hurt and gliding
Rebuffed the big wind.  My heart in hiding
Stirred for a bird,-the achieve of, the mastery of the thing!

Brute beauty and valour and act, oh air, pride, plume, here
Buckle! AND the fire that breaks from thee then a billion
Times told lovelier, more dangerous, O my chevalier!

No wonder of it: sheer plod makes plough down sillion
Shine, and the blue-bleak embers, ah my dear,
Fall, fall themselves, and gash gold-vermillion.

For more F tales click here for ABC Wednesday
with thanks to Roger, Denise and any flighty helpers
who might be flitting around helping them....

Here is a painting of The Windhover,
gashing Gold Vermillion 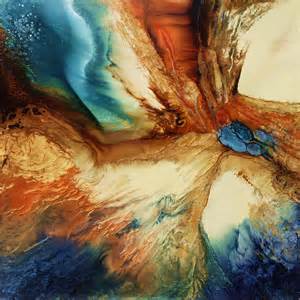 These birds are amazing and powerful. I hadn't realized that they kill with the special beak within their beak.

Such beautiful images! Loved seeing each one!

I love all birds of prey, so I love your post. The falcon is such a majestic animal too. Blessings!

These raptores are all very impressive. We don't see many of them in my country.Our country is too densely populated. Thanks for showing us your photos and information.
Wil, ABCW Team

Oh so many layers in those words; beautiful to read, even better to think about. A wonderful poem. . I know I've read it before, probably here, but I did not remember that you had called your farm and weaving adventure after it. Beautiful.

They are a sight that always makes one stop, look up and enjoy the moment.

Heinz Meng from the SUNY college at New Paltz, NY (my alma mater) was a famous falconer.

I love the Falcon photo on the top and all the photos and the poem. Really lovely posting. Thanks for sharing.

We have falcons in the forests by our house but I rarely see them. Once, there was a sharp smack at one of our big windows, and when I looked on the deck, a large falcon was lying on its back, feet in the air. I saw by its yellow gaze that it was alive and watching. I had never seen a falcon so close. Luckily, it just had the wind knocked out of it and finally was able to fly off. Hope you're seeing signs of spring, Hildred. It's been "springlike" here for a few days, but we got 4" of snow last night.