The Letter is W
for Williams Lake 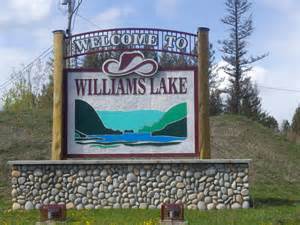 In our story about the towns of British Columbia we leave the south and travel to the Central Interior of the Province to Williams Lake, located in the region known as The Cariboo.

Williams Lake was named in honour of Secweperne Chief William, whose counsel prevented the Shuswap nation from joining the Tsilhqot'in in their uprising against the settler population.  The Shuswap had lived in this area for many thousands of years and were semi-nomadic travelers who followed the food sources during the differet seasons, returning every winter to their permanent villages and their sunken homes known as Akickwillie houses.

We go back to one of those infamous Gold Rushes that B.C. is so well-known for.  The area really opened up when thousands of gold prospectors entered the interior via the Fraser River valley in 1858, and for almost a decade the community grew and supported numerous prosperous businesses.

In 1863 a proposed road (the Cariboo Road) was expected to pass through Williams Lake, but the road builder, Gustavus Blin Wright, re-routed the trail through 150 Mile House, bypassing Williams Lake altogether and nearly destroying the settlement.  However, the railroad came to the rescue in 1919, linking the town to the rest of the province and Williams Lake prospered as a hub for cattle trade in the region.

So much excitement at the laying of the steel rails resulted in the community celebrating with a cowboy sporting event which was eventually organized into an official stampede, attracting the attention of competitors all over the country.  Today the Williams Lake Stampede is rated second only to the Calgary Stampede and has the best Canadian and US Cowboys competing.

...
and there is a statue in the town to prove it! 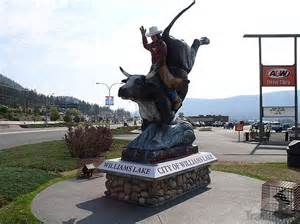 This is ranching country,

and the largest ranch in the area is the Gang Ranch, (now owned by a Saudi Arabian business man).

When our family who live some  fifty miles west of Williams Lake on a high Chilcotin plateau talk about going to town, this is the town they mean - Williams Lake.... 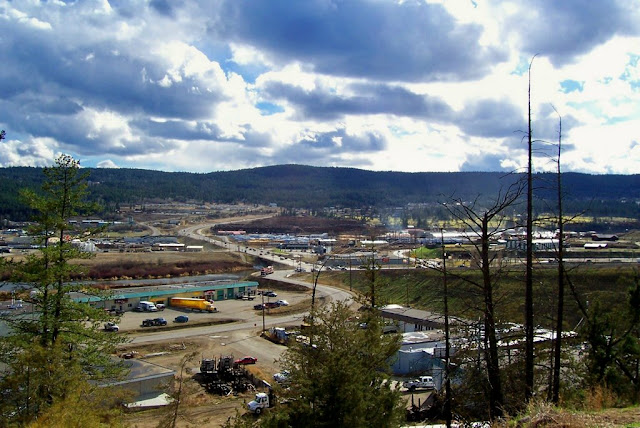 It is a forestry town, and the pine needle bug left a trail through the country a few years back. 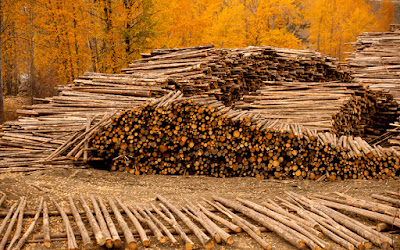 There are any number of sawmills in the town, as well as mining in the vicinity. 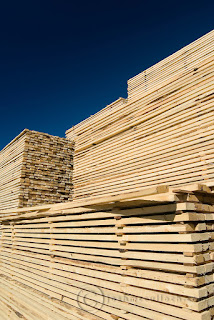 It is a place of wild life and fowl, nature trails and campgrounds, and a wonderful country to visit.

A great number of years ago,
the sheep Industry in B.C., and Charles, as a Director of the Company,
played host here, in Williams Lake, to the AGM of the Canadian
Co-operative Wool Growers,
and we had a marvelous time!! 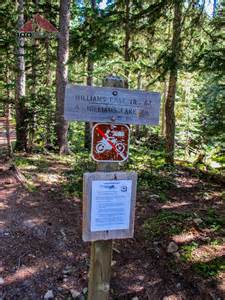 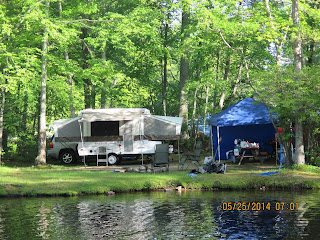 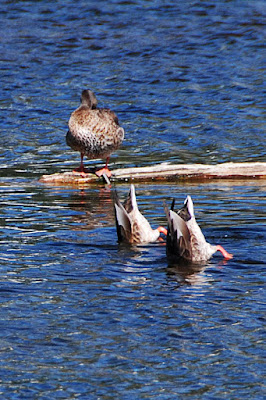 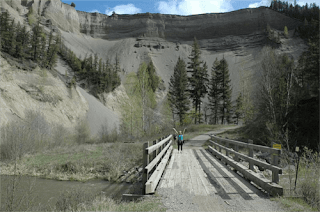 Some seventy miles away, just south of the Gang Ranch, is the
Churn Creek Canyon, - a protected area. 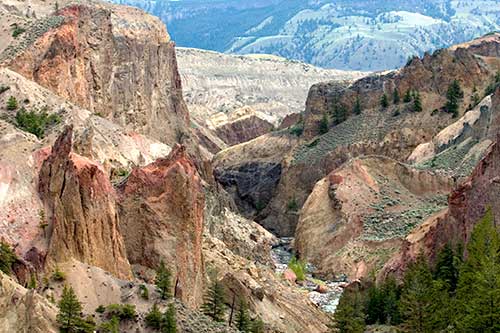 and stretching away to the west is the Chilcotin country with many small ranches, much wildlife,  and a wonderful solitude when you want it.  God's country I have heard it said.

Even closer is Scout Island, both a park and a nature area.  It consists of a beach, picnic area, boat launch and several trails through mainly natural environment.  Actually it is two islands that are connected to the west end of Williams Lake by a causeway. 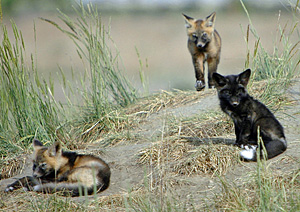 There is a museum in town, and next time around I will tell you about the Xast'sull Heritage Village,
about twenty-three miles from Williams Lake.

In the meantime, click here to visit at ABC Wednesday
and learn more about the letter W

with thanks to Roger and Denise and all their WOW helpers.

As usual Hildred, your photographs epitomise all I love so much about your country. Its wide open spaces and its glorious past. A happy Christmas to you.

Wondeerful photo's ...although i think that rodeo (if it is called that way) should not be allowed... i don't think bulls are suitable for that.

Beautiful spot! My inlaws traveled to this Lake a couple of times to fish supposedly. My FIL always had to have something to do besides just seeing beautiful places and history. It looks as if people are quite right to describe this area as God's country! The last hike between the parts and on paths sounds like I might be able to make ... And how I'd love to try. Beautiful ( and I'm amazed you even have X covered already.)

Lovely! So many beautiful places to explore in our corner of the world.

Photography is gorgeous and such beautiful country! Great post!

Wishing you the magic and love of the season,
artmusedog and carol

great shots, especially third from the bottom, and nice history too.

Looks like there was a variety of terrain for both the road and rail to deal with.

Love the Cariboo area and did a year teaching in Hagensborg (just east of Bella Coola). When people would ask where it was, I'd tell them to drive about 6 hours north to Williams Lake, hang a left and drive another 6 hours to the ocean! LOL Great country, right? Have a wonderful holiday season.

Hi Hildred, I assume you are all ready for the holidays. Are the towels all woven? The area around Williams Lake is quite scenic. I like the canyon shots. It's been very cold here - with minus windchills. We leave for Denver next week to celebrate with family but return Christmas afternoon with our oldest Grandson, Ben.

I think you live in such a pretty part of British Columbia.