First of all R is for Remembrance Day 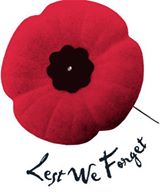 and secondly, the letter is R for Revelstoke 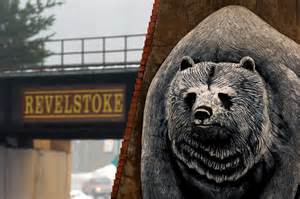 A major winter destination, Revelstoke is not one of those chic, 'cookie-cutter' ski villages.  For more than a hundred years it has been a railroad town. and before the railroad came to town it was very nuch a wild west town complete with general stores, hotels, brothels and saloons.

Originally it was called Farwell, after the surveyor who laid out the town.  However, when the Canadian Pacific Railway reached here they disputed Farwell's claim to the land, locating their station and yards east of his land and in 1886 the name of the settlement was changed to Revelstoke, to honour Lord Revelstoke, whose banking firm provided the funds to ensure the completion of the railway from  coast to to coast. 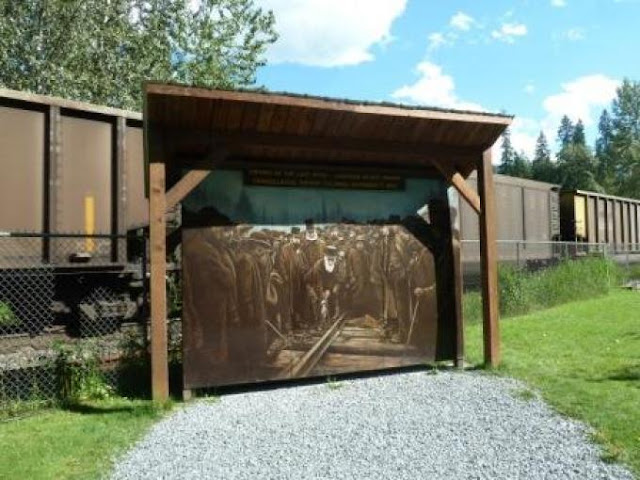 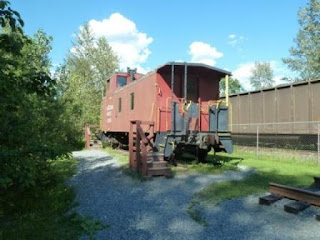 Just down the track from Revelstoke is Craigallachie, where the Last Spike was driven, joining East to West, and where there is a small railway car museum and a gift shop to draw tourists to this historic spot 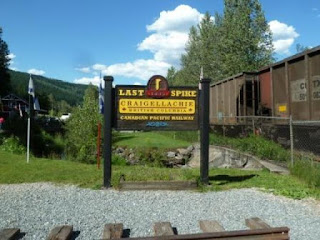 When Charles' Lancaster crew visited western Canada for their last reunion in 1997 there were two or three railway buffs amongst them, and they stopped to see the Mountaineer go through and to heft the hammer representing the one which drove the Last Spike! 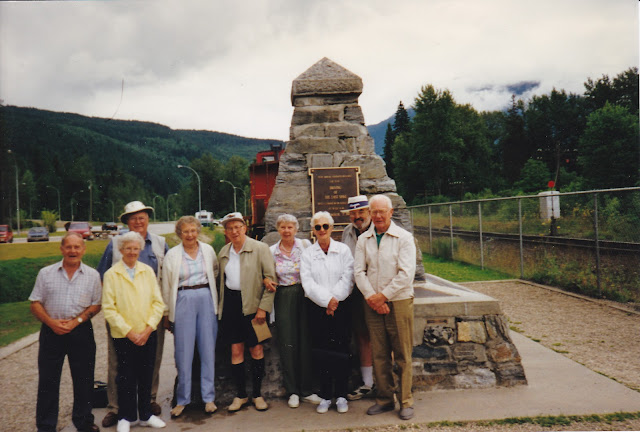 To get back to Revelstoke and its early years.... the town was once one of the largest and most prominent communities in the interior of the province, mostly due to its importance as a railway centre.  Steamboat traffic from the south connected with the CPR making this an important transportation centre.  The city has many sophisticated facilities, - an opera house, a fully equipped YMCA gym, and many large businesses and department stores.

The town still maintains its traditional ties with the CPR and has a strong connection to the railway industry, but today mining, forestry, government services and tourism play a strong role in Revelstoke's economic success.

It is also the location of the Revelstoke Dam, constructed on the Columbia River. 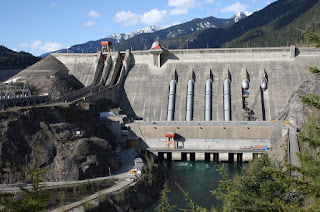 But you have not yet seen the beauty of Revelstoke. 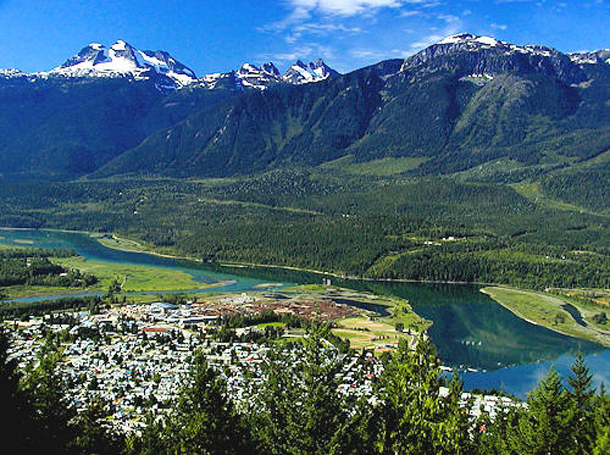 Revelstoke has long been a skiing town.  Norwegian immigrants brought skiing and ski jumping to Revelstoke and by 1910 several ski jumping hills had been built around the town.  Due to the heavy snowfall in the area the town is home to four heli-skiing and two cat-skiing operations with numerous backcountry skiing lodges. 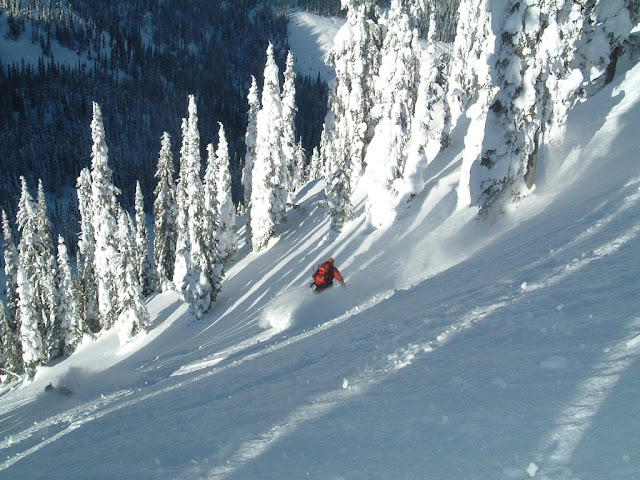 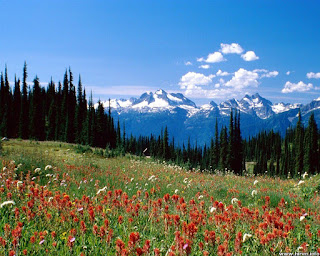 In the summer these same hills are covered with wildflowers and mountain bikers..... 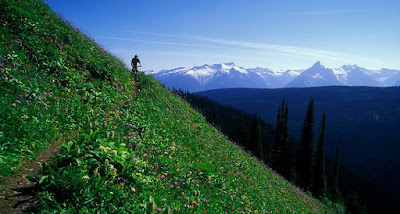 In the town itself the railroad aspect makes itself known in the famous Railroad Museum. 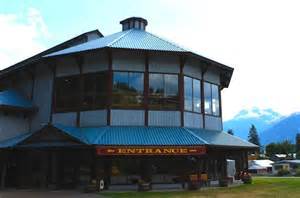 and the picturesque streets 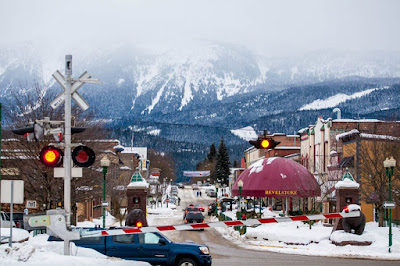 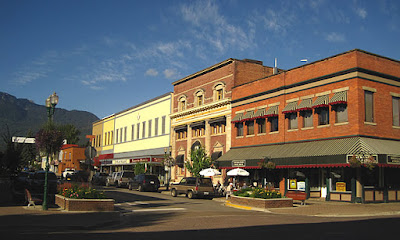 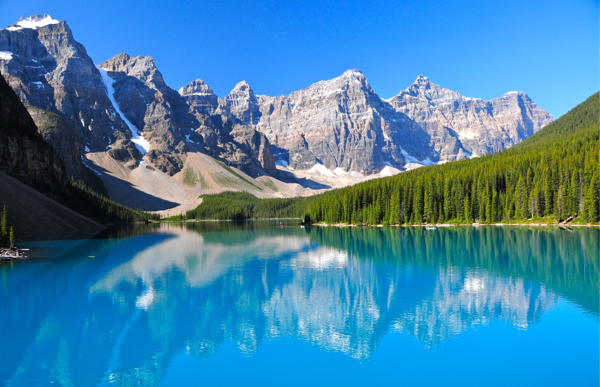 How to get to this wonderful spot 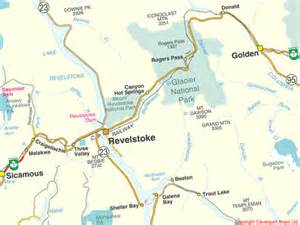 More interesting Rs here, with many thanks to Roger, Denise
and their uber reliable helpers.

It must be nice for you to go back in time you personally enjoyed these scenes. Beautiful.

Wow wonderful photo's
thank you for taking me on this trip....

remembering beautiful and good things, one does never enough i think

Such beautiful amazing scenery. Thank you for sharing.

What an amazing town and the scenery is breath taking,
It looks like Austria in Europe, where I've enjoyed many
holidays, winter and spring.
Thank you for sharing this with us,
Best Wishes,
Di.
ABCW team.

Such beautiful photos. I love the name Farwell and the history you included. If you decide to come see mine I am going to add the link so it doesn't get lost in the bloggyness of my day. http://www.mariasspace.com/2015/11/abc-oh-rats-unlikely-pet-friends.html

Glad to know more about this place. It is new to me.
Happy ABCW!

A town for all seasons. Those alpine meadows look a delight.

It looks like a perfect town in every season. Beautiful views and interesting history. I don't know why, but I never thought of skiing as being something people on our continent did so long ago as you mention here.