The letter is F  for Fernie

Once, so very many years ago, Charles and I made a detour into Fernie on our way to Calgary.  So long ago that I have forgotten the details, but it was before Fernie became a 'playground of vast proportions' and while it was still a coal mining town, the administrative and commercial centre for the underground coal mines six miles away from the townsite in the narrow Coal Creek valley.

When I started to research the town I was amazed at the amount of information and the number of pictures here at the official Tourism site.  Truly an enterprising and energetic effort to bring to the world's attention this unique travel destination. 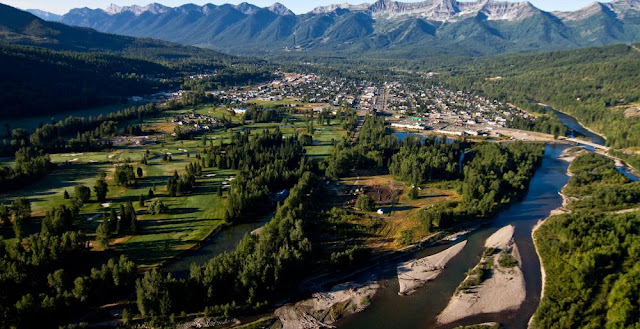 Completely encircled by the Rocky Mountains the townsite was laid out in the crook of a doglegged glacial valley that today is drained by the Elk River. 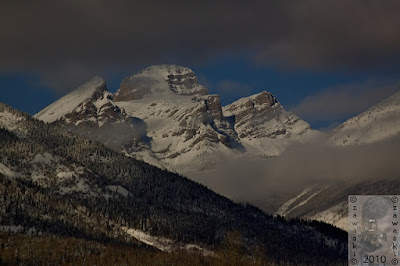 The Three Sisters and Mount Proctor overlook the town to the north.

To the northeast is Mount Hosmer, to the east is Fernie Ridge, to the southeast the Morrissey Ridge, which contains Castle Mountain, and to the southwest are the various peaks of the Lizard Range. 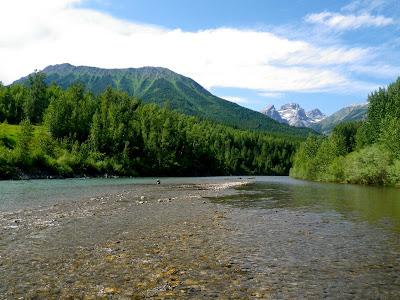 Within such a setting and after several boom and bust cycles throughout the years, the focus
of the town turned to the wealth of recreational opportunities now available from 'world renowned skiing and fly fishing to exceptional mountain biking, snowmobiling, hiking,
whitewater rafting and golfing' 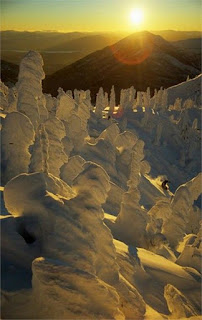 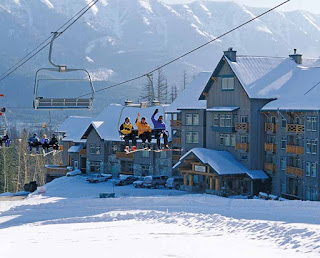 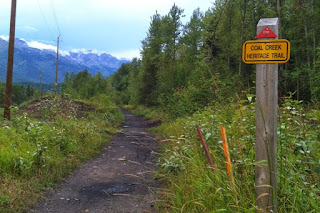 Hiking along a trail which was formerly the

coal to Fernie for coking

A visit to Fernie isn't complete without a tour of the Fernie Museum and the historic downtown
"which enlightens visitors with a sense of wonder and amazement'
and lays bare the humble beginnings of the town and the amazing perseverance
which has resulted in this transformation.

Today the town hosts many cultural festivals and events year round,
and offers a seemingly endless
opportunity to the arts, sporting, music, nature, markets and much more. 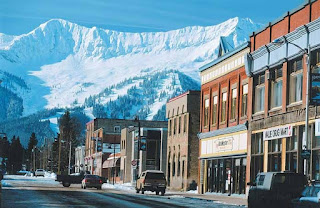 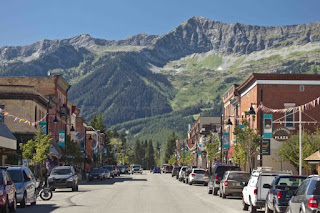 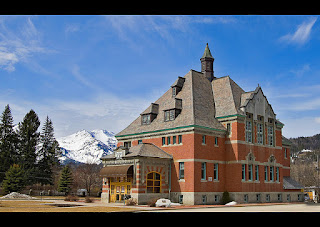 'Fernie owes its origins to William Fernie who established the coal industry (which continues to this day) and founded the Crows Nest Pass Coal Company in 1897.  The Canadian Pacific Railway arrived the following year and a townsite emerged parallel to the railway line slightly north of the initial encampment, or Old Town'. 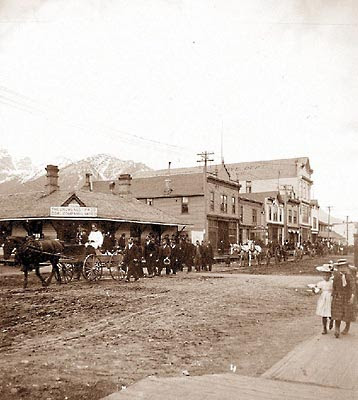 Two disastrous wild fires in the early 1900'a leveled much of the downtown core of Fernie, and as a result the municipal government passed an ordinance that all buildings be built of fireproof material, like brick, or stone.  The new town which arose had broad avenues and brick buildings that would have looked more at home in a sedate Victorian city than a 'rough and tumble frontier coal town'. 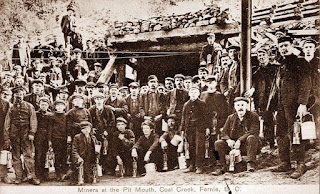 The Museum will also tell you of the GhostRider
to be found on one of the encircling mountains and was said to represent
a curse by early residents who had twice seen
their town destroyed by fire...... 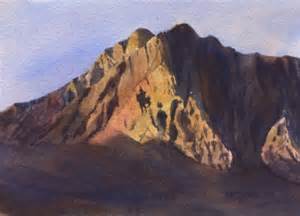 Today the town's Hockey Team are called the Ghostriders, and many of the city's business establishments have adopted the name.

To top it all off in November of 2004 a crew shovel operator noticed something very unusual in the digging face of the 1896 bench and a fossilized giant ammonite rolled out of the edge of his bucket  - the second of these giant ammonite fossils recovered in the past thirty years at Coal Mountain. 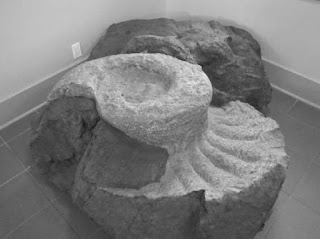 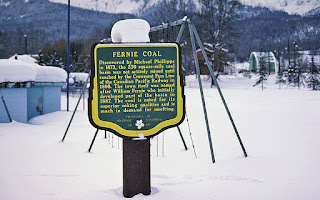 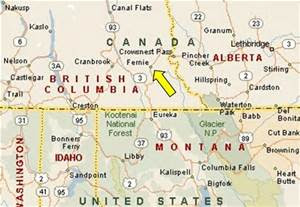 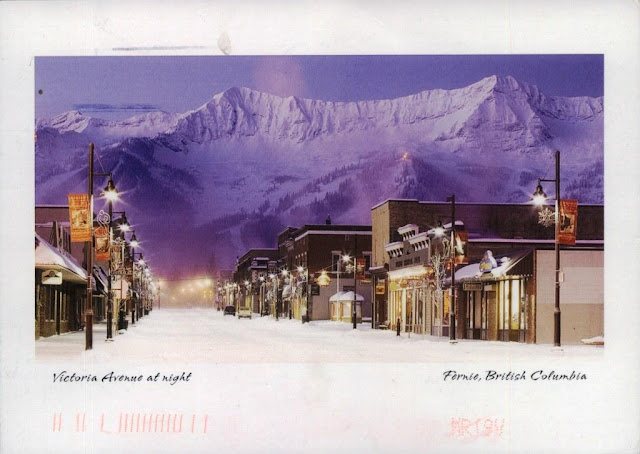 More interesting Fs to be found here at ABC Wednesday
with thanks to Denise, Roger and frisky helpers....

I'm sure I've been through there but never stopped. Looks like a great place to visit. Thanks for sharing a town in my own province, albeit a long way away. Have a fantastic week!

Looks like a great place to stop and visit and enjoy all the beauty and history!

Thank you for the stories about Fernie. This old town is so interesting for the people of today!
Have a great day and week! Tomorrow this time I will be flying to Hong Kong.
Wil, ABCW Team

wonderful winter photos. I find it quite stressful getting on the chair lift.

Amazing view through the lens!

Oh love the pictures, I would love to go there.
Ann

Its amazing the coal mining is still going, most of ours has closed down. The Three Sisters were familiar to me because they feature on one of the postcards I have which were sent to my Grandmother when her sisters emigrated to Canada over a hundred years ago. It was interesting to see them in context with the area.

We are so enjoying your posts on BC towns Mom ....Wonderful pictures and enlightening with your history lessons included ... <3

Interesting evolution this town has gone through! (Writing from the shores of Fern Ridge Lake (named after the plants not Mr Fernie!) where Oregon's Three Sisters are sometimes visible but not now, not through the smoky haze from the awful fires .)

Firstly my apologies for a late comment, i have been far to busy repairing my blog after a moval from one host to another... and taking care of other things that needed to be taken care of since my husband and i have health issues at the same time.

Your entries is one of those who i like most. Seeing places all over the world wich i will probably never see with my own eyes.

have a nice weekend