We're having a heat wave... 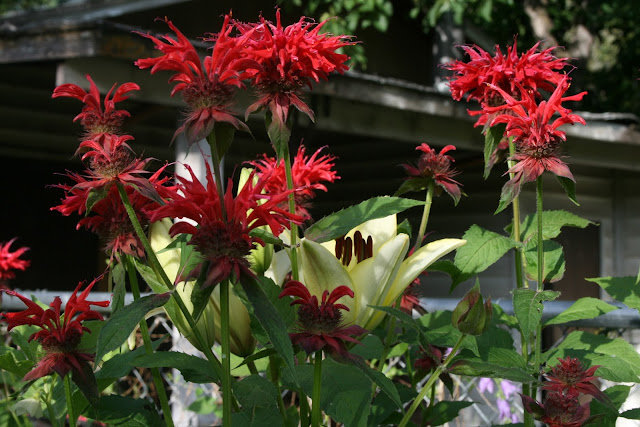 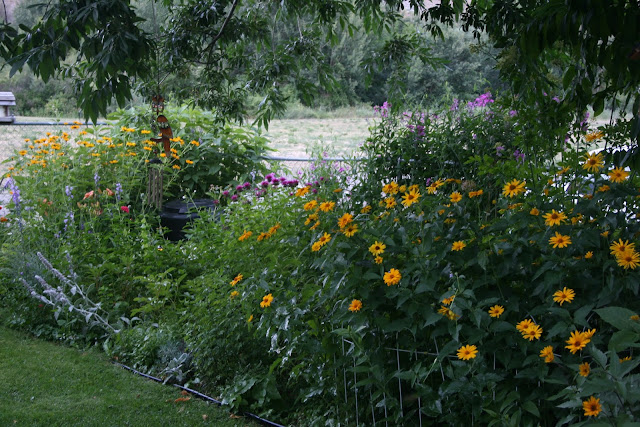 In the late afternoon I leave the coolness of the house and go out into the garden to check pots and open the side gate to peer at the air conditioner to see if any ice has formed around its entrance into the house as happened yesterday.  Luckily not.......

We are in the midst of an unusual heat wave.  No blazing sun or brilliant sky, but rather a grey and rather ominous cloud cover much resembling the lid of a pressure cooker - and there is distinct impression of being steamed in it as one ventures forth.

I have seen worse!  Picked peaches and apricots in the orchard when the temperature was well over 100 degrees F. (With constant  re-telling over the years the actual temperature has grown to117F but I hesitate to intrude on credibility).

We had no air conditioning in our home at that time but a large Rainbow sprinkler turned lazily all day on our flat roofed house, and as the water fell over the eaves it gave the illusion of coolness at least.

I found some of the potted plants gasping for water, even though I had been out in the garden early in the morning with the hose.  These are the days of morning refreshment -  happy hour about five, and perhaps a little sparkling water at noon. 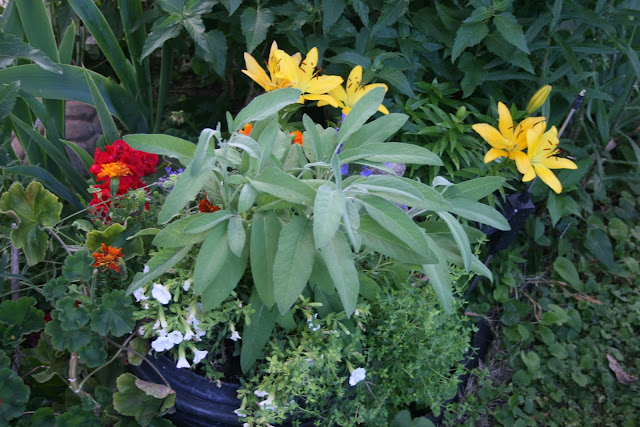 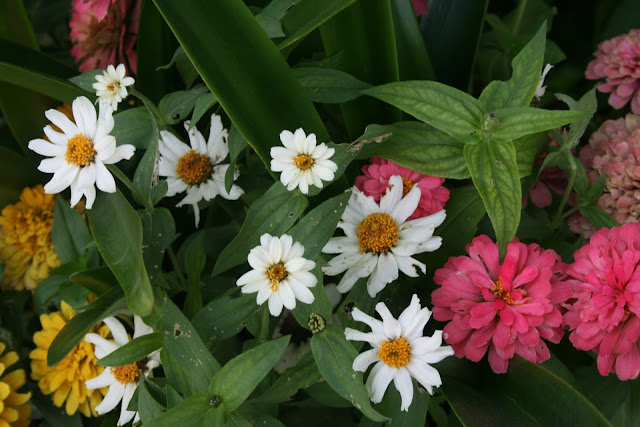 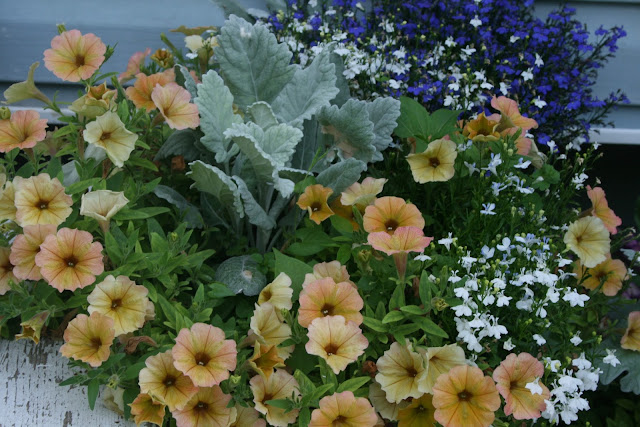 What relief and delight to step back into a cool kitchen  - even Callie left her little damp spot in the raspberries to scoot between my feet.

She had spoonful of her soft tinned cat food that she has a passion for, and I had the remains of last night's refreshing fruit salad for supper  -  with ice cream!

Last night as I got ready for bed the eastern sky and clouds were bright with a show of sheet lightening.  I can't wish the same for tonight because of the very real danger of igniting wild fires, but it was pretty spectacular.

Tomorrow promises to be a little cooler than the 40C that was recorded on Charles' old thermometer!
Posted by Hildred at 8:44 PM

A heat wave is expected here tomorrow Hildred and for the rest of the week. We have so little hot weather up here in the North that we rather look forward to it - then after a couple of days we begin to hope it will end. Lovely flowers.

We had a day or two of heavy overcast heat and humidity last week. Scarcely a day lately that a pelting rain doesn't briefly fall.
I'm envious of your border--it will take several years for mine to become full and pretty. I especially admire the red monarda--Jacob Cline, maybe? I have put in a petite purple with shinier leaves than most--supposed to be more mildew resistant.

It sounds hot in your garden, Hildred. I'm having to give my container plants a drink from the hose each morning because we have also been windy with no rain. When we do get a few drops, it barely wets the ground. After our moist spring, I thought I'd never long for rain, but I was wrong. I love the zinnias - I wish I could grow them here. I used to throw out seeds in Denver and got huge swaths of them. I also like those pale yellow/peachy flowers in the container - are they annuals? Stay cool and keep showing us how your garden grows.