The Good and the Bad


I was out in the garden the other day, - stubbed my toe which somehow caused a mechanical failure in my left hip - which is why I am walking with a cane....

There is an elevator in the theatre where we are going to hear the Irish Rovers perform tonight!!


The GOOD just keeps on happening.  The loom is in a stage of undress right now,
while I decide whether to retain the remnants that are still threaded and sleyed,
as a dummy warp, and just tie on to it.

I think I have made up my mind, as a consequence of a little more confidence
gained with the outcome of the recent project.
Very prosaic, - just kitchen towels, but I am pleased with them
and think I may attempt some lovely linen huck towels
with the four cones of linen that linger/languish in my stash,
so the loom will have to start off naked....

Here is the loom, half dressed, - and the towels as they came from the loom,
and then the towels after they were washed and pressed and hemmed.....
The yellow one is missing from the last picture, - it has already been claimed. 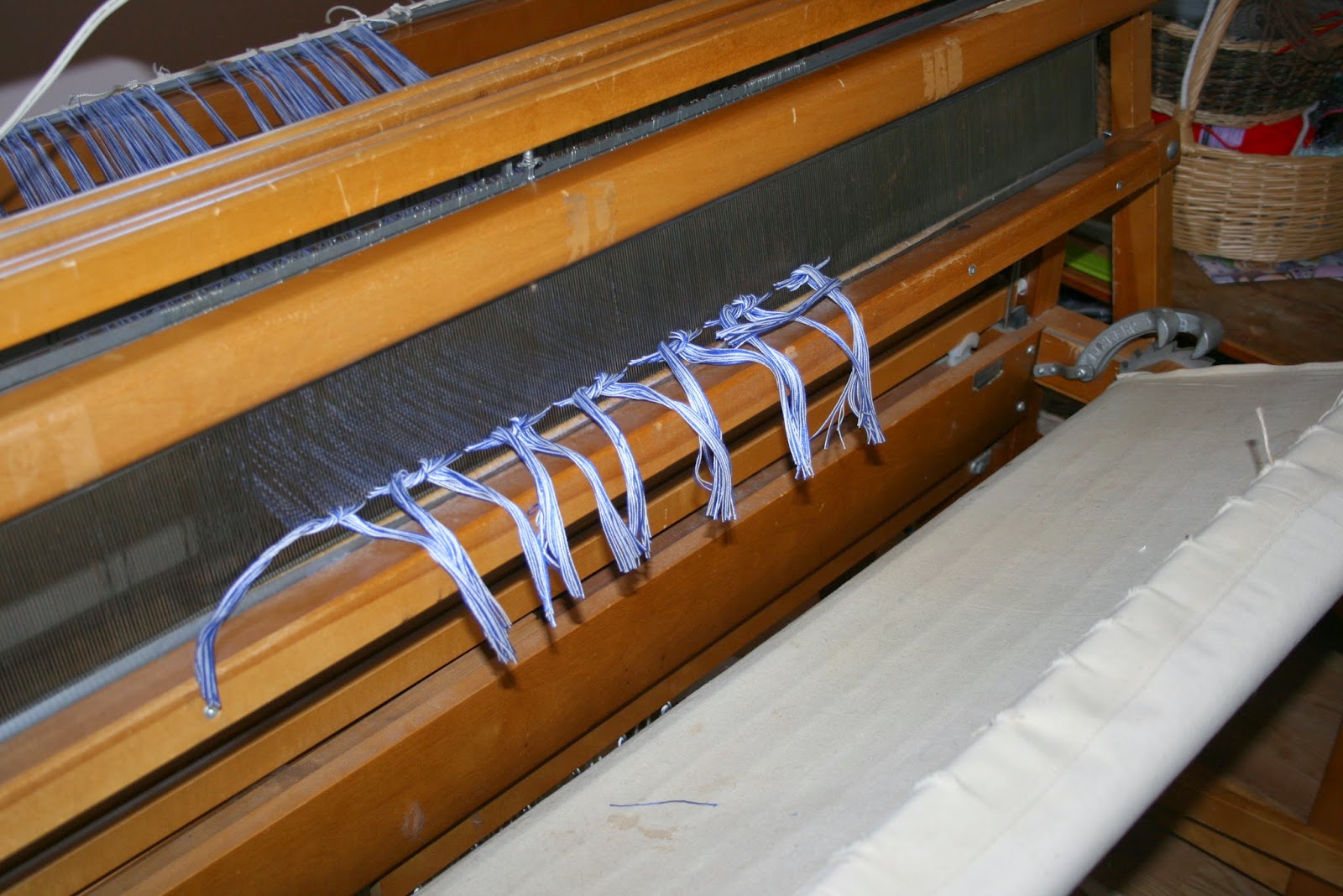 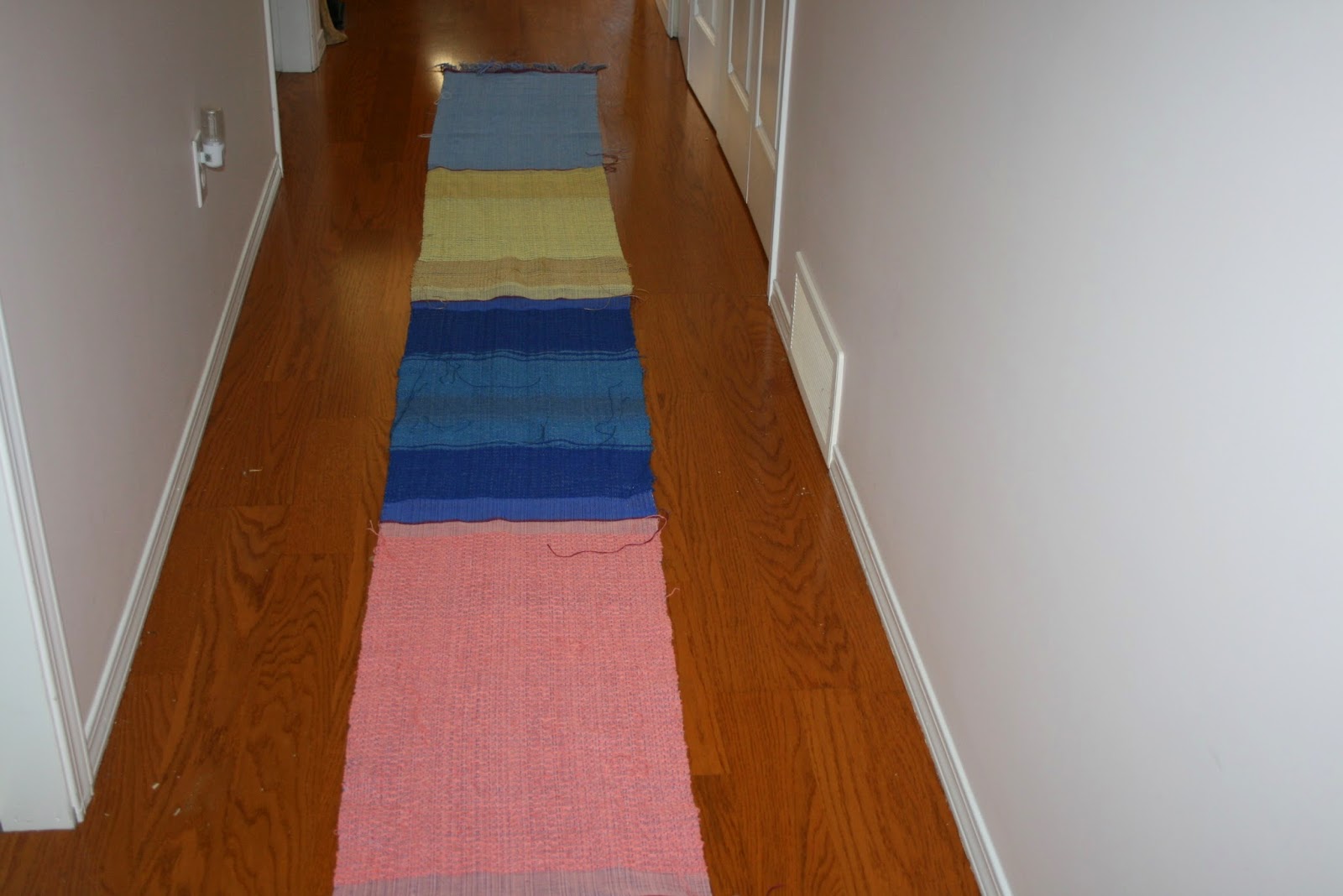 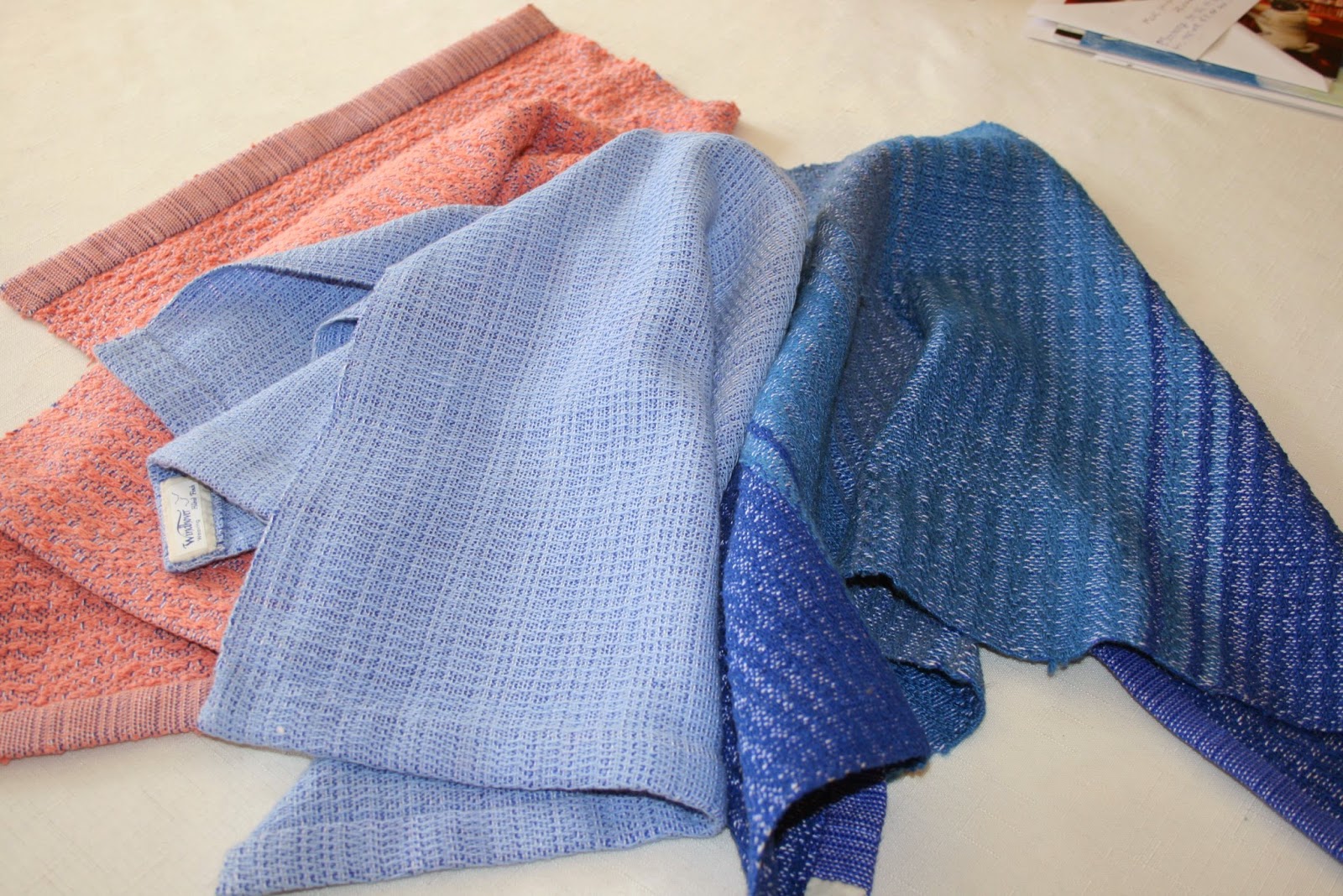 I hemed the towels yesterday morning as I listened to another wonderful concert from Berlin.

Isabelle Faust, violin soloist playing her beautiful old violin nicknamed 'the sleeping beauty' to acknowledge the 150 years it lay unused in an attic in Europe.

More Beethoven - his Violin Concerto in G Major, and then, after the intermission,
the Pastoral, my favourite.

As I listen I am transported to quiet woods, a stream and in the trees the flute courts the nightingale, the oboe flirts with the quail, and the clarinet quavers to the cuckoo.

Just lovely, - I enjoyed it so much!

Today I am favouring my hip, so that I will be in good shape to hear the Rovers,
grown old, but still with that old Irish magic.
We have their twentieth anniversary CD - this will be their fiftieth.

I count among the GOOD my reading of Lewis Thomas and his little book of essays,
"The Lives of a Cell, notes of a biology watcher, "
Although it was published first in 1974 and Lewis Thomas died in 1993,
it still contains for me a great deal of wisdom and keeps my perspective
on a steady track.

The book is said to be 'a blend of hard science, elegant language and thoughtfulness....
guaranteed to intrique both scientist and poet'.
I would add good common sense to that!

I was seduced into buying it by my night-time musings about all the 'stuff' we
accumulatd over the years, and what are my plans for it after the children
have gathered those things which are most precious to them, to add to their
stashes of STUFF?????

However, after learning how to fold socks in the most practical manner, and realizing that
I must throw all my clothes on the floor (every last stitch) before I start discarding
and the same goes for books!) and that this must all be done in one fell swoop,
I decided that this girl and I are not on the same page, and have not lived the same life.

She has not been married for almost 68 years, had six children, - small dear tots who
have laboured over crayoned cards that say "I love you Mother" -
or received small bouquets of wildflowers from damp grubby dimpled hands,
and then dried them for posterity.

Charles beautiful blue work shirt that matched his eyes so perfectly
hangs in my closet, next to my clothes, - and how could I toss it away, even if I did thank
this item of clothing for all the joy it brought me (as Marie advises her clients to do)???

Well, I continue reading to the end, but I have given up on the premise
that the magic of tidying will dramatically transform my life, -
or even make me sleep better at night.

Lunch time - I must go and have a bit of yogurt, or maybe something more substantial
so that I can get by with just a smidgin before going out and about tonight!!!

Can't think of anything else BAD to write about, except the lonely
hours that still persist at times.

Oh, I just thought about something else NOT SO GOOD.
I got up during the night and filled a hot water bottle to comfort my hip.

At 4:11 a.m. I discovered the hot water bottle had sprung a small leak
(or I didn't fasten the top firmly enough)
which is why I spent the rest of the night in the big chair
with Callie tucked in beside me, quite happy with the company.
Posted by Hildred at 11:34 AM

Sorry about that hip Hildred but I must say that an incapacitation in your walking does not seem to have stopped you doing things - especially thinking and enjoying your music - I marvel at the way you carry on.

Goodness, I'm glad your stub didn't progress to a trip and a fall. You have probably thrown something out of alignment. I hope your hip finds its own way back so you don't have to further doctor it. Your many colored towels look soft and pretty. I can't believe you managed to finish so many in such a short time. I wouldn't have you part with Charles' blue shirt for a bit more space, Hildred. Some things are too special and filled with memories to discard. I hope you enjoyed your concert and your hip is less and less of a problem as the days go by. Take Care!

You are certainly not one to let a little misaligned hip keep you down. Hope it's all well by now. (The toe stub sentence made me think of 'Dem Bones" ... the toe bone's connected (eventually) to the hip bone .....)

I loved all the good. Thank you for sharing your talent and insights. And definitely do not throw away that shirt no matter what anyone says!