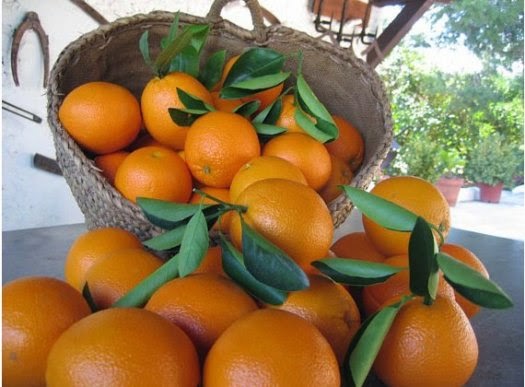 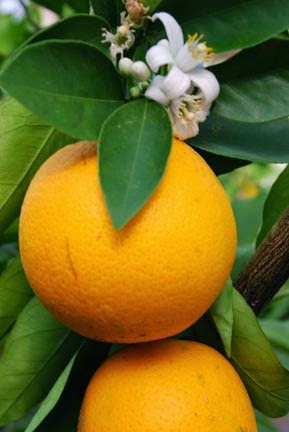 For more interesting facts about the letter V visit here at ABC Wednesday, with thanks to the Veritable Roger and the Vivid Denise and all their Vivacious helpers....
Posted by Hildred at 9:49 PM

I don't know the Valencia orange at all Hildred. I don;t think we have them here at all. They look delicious.

We have what we call a navel orange here, in my opinion much nicer as an eating orange, valencias here are sold more as a juicing orange, all lovely though whatever the variety.

Never heard of this orange before. Good to know.

LindyLouMac said...
This comment has been removed by the author.
2:58 AM

Florida mostly grows Valencias and they are still available here this time of year! (I think most commercial juice brands use Florida grown oranges)

I don't think they're as good to eat (out of hand) as the big California Navels, but I don't like to buy the Cal ones here so we get used to what is freshest!

What an amazing tree to have both new and mature fruit at the same time.

Didn't know about Valencia; but I'm sure I would like to taste it.