M is for Memorial

The letter is M, for Memorial 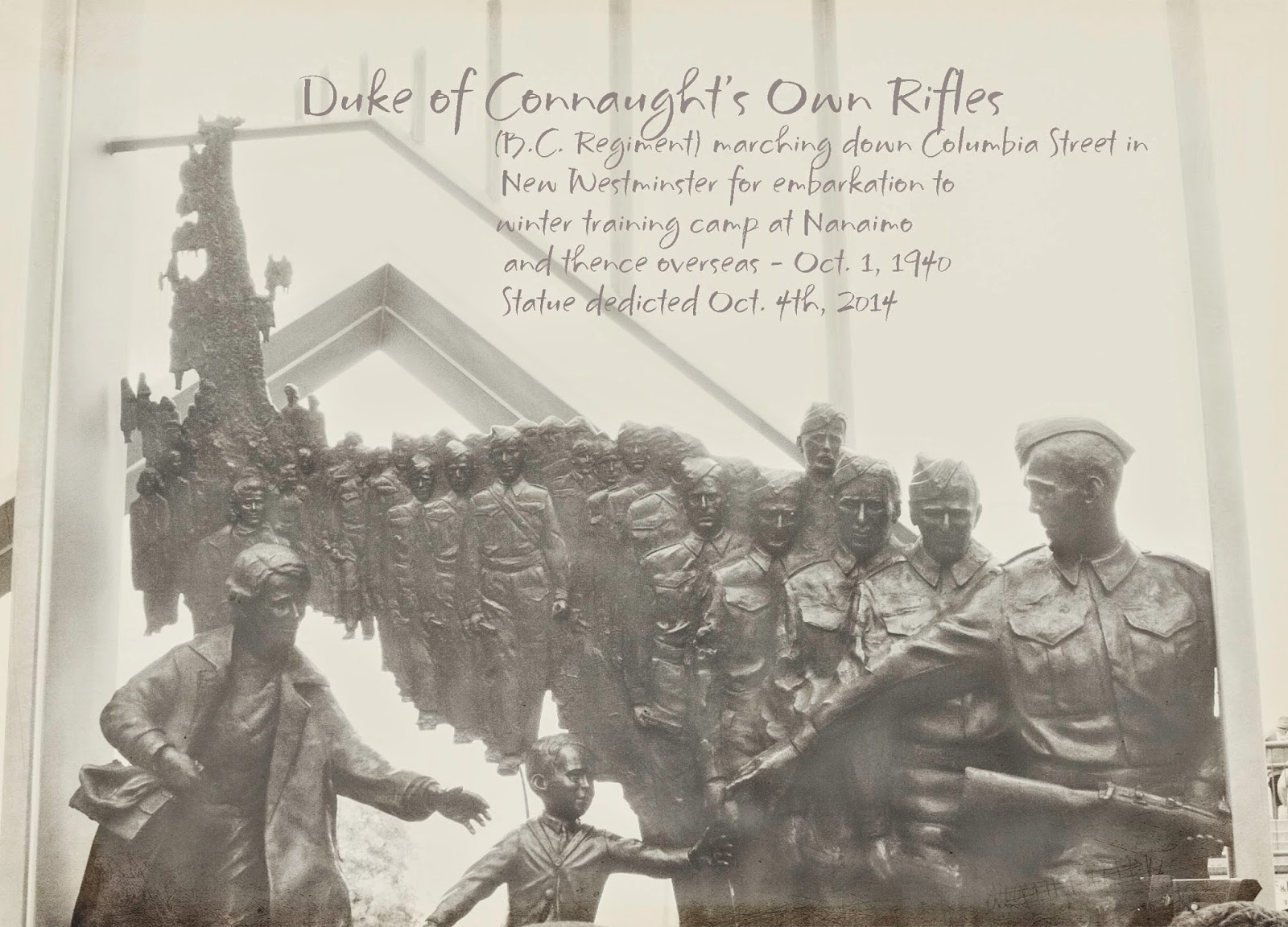 I have just returned from New Westminster where I attended
the unveiling of this poignant statue
commissioned by the City of New Westminster in memory of
the thousand men from the Duke of Connaught's Own Rifles
who marched down Columbia Street on the 1st of October,1940,
on their way to embark to Nanaimo for winter training
and thence overseas for five long years.

Claude Dettloff, a news photographer, captured
the march in an iconic picture that became
famous all through North America, and from which the artists,
fashioned the sculpture. 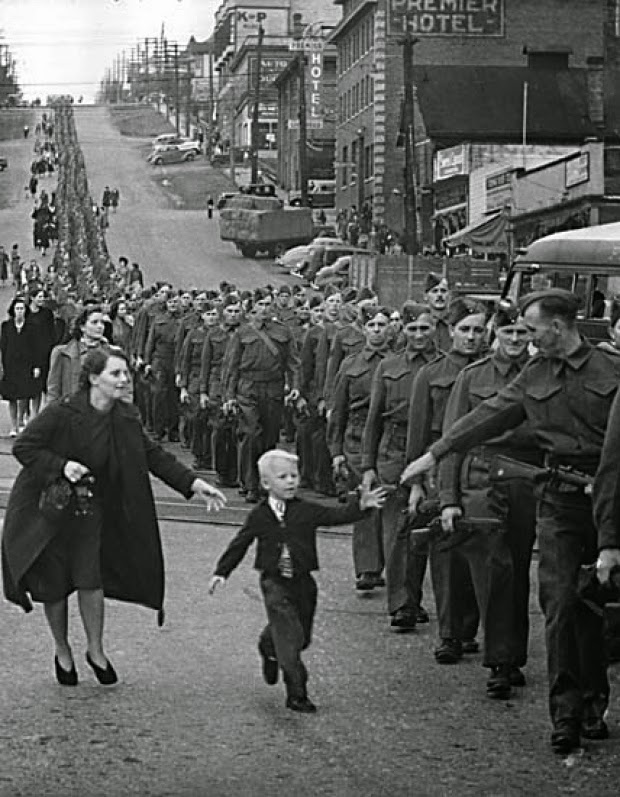 It was a wonderful and rather emotional experience.

First came the pipers and the drums..... 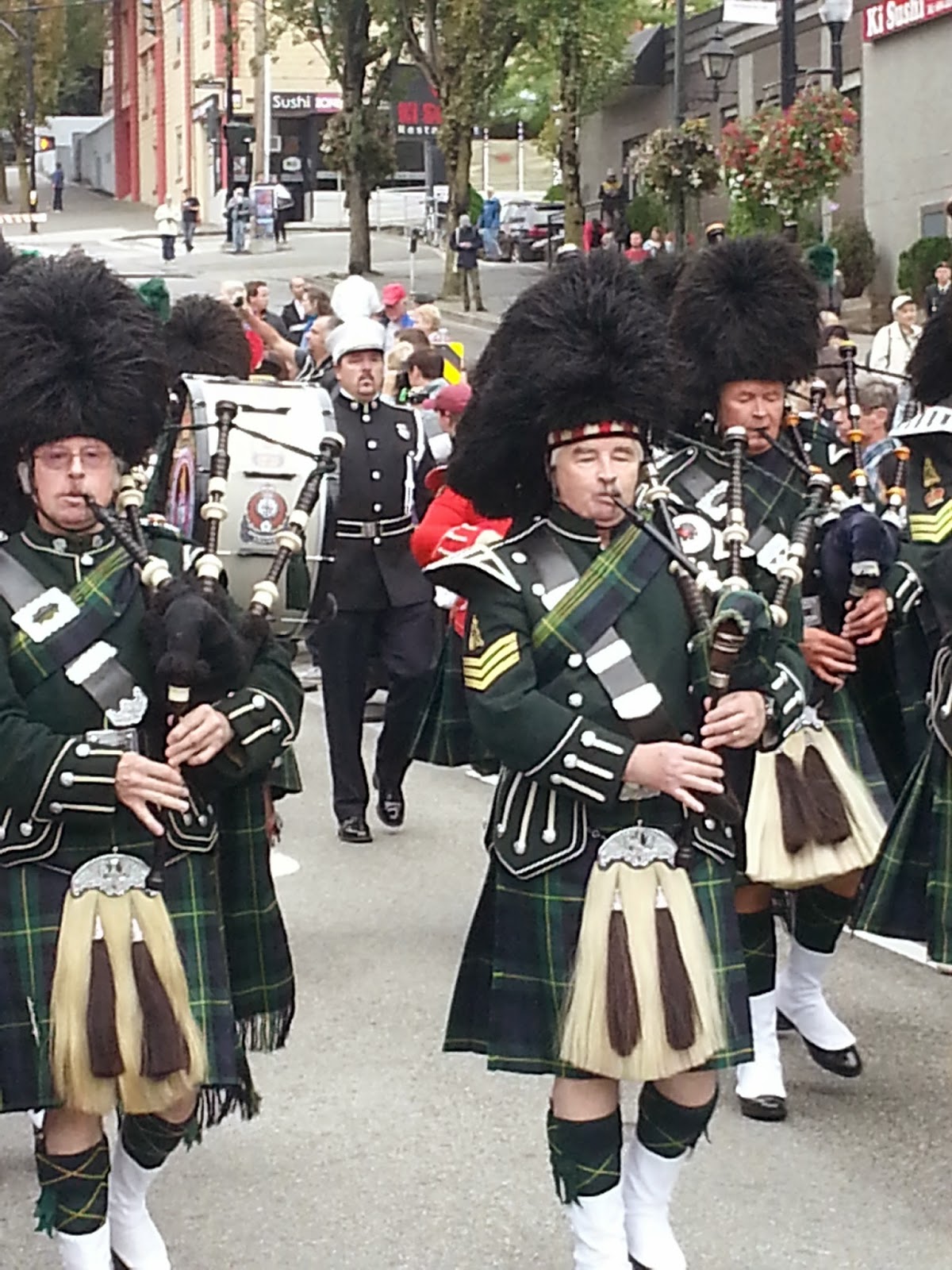 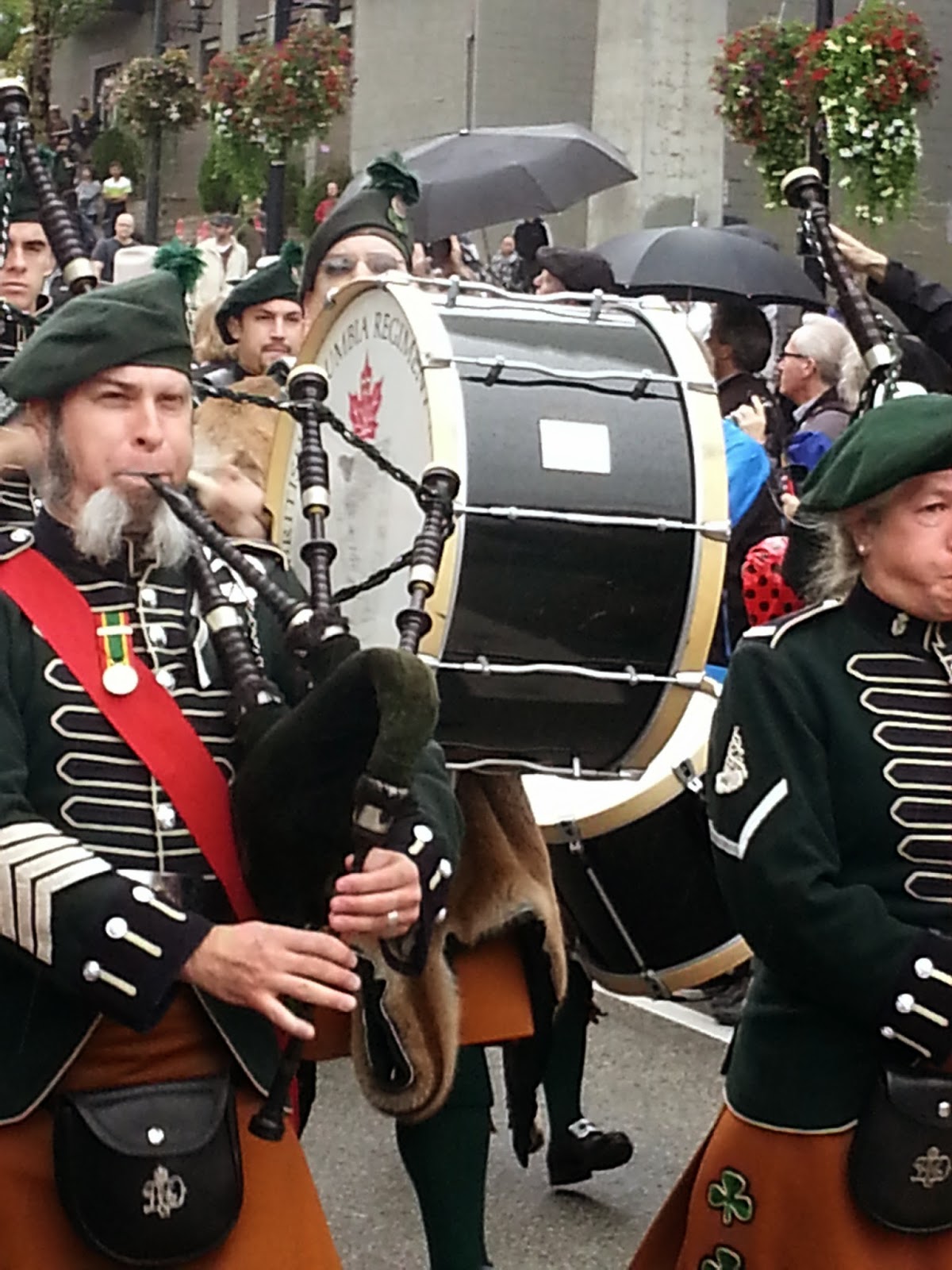 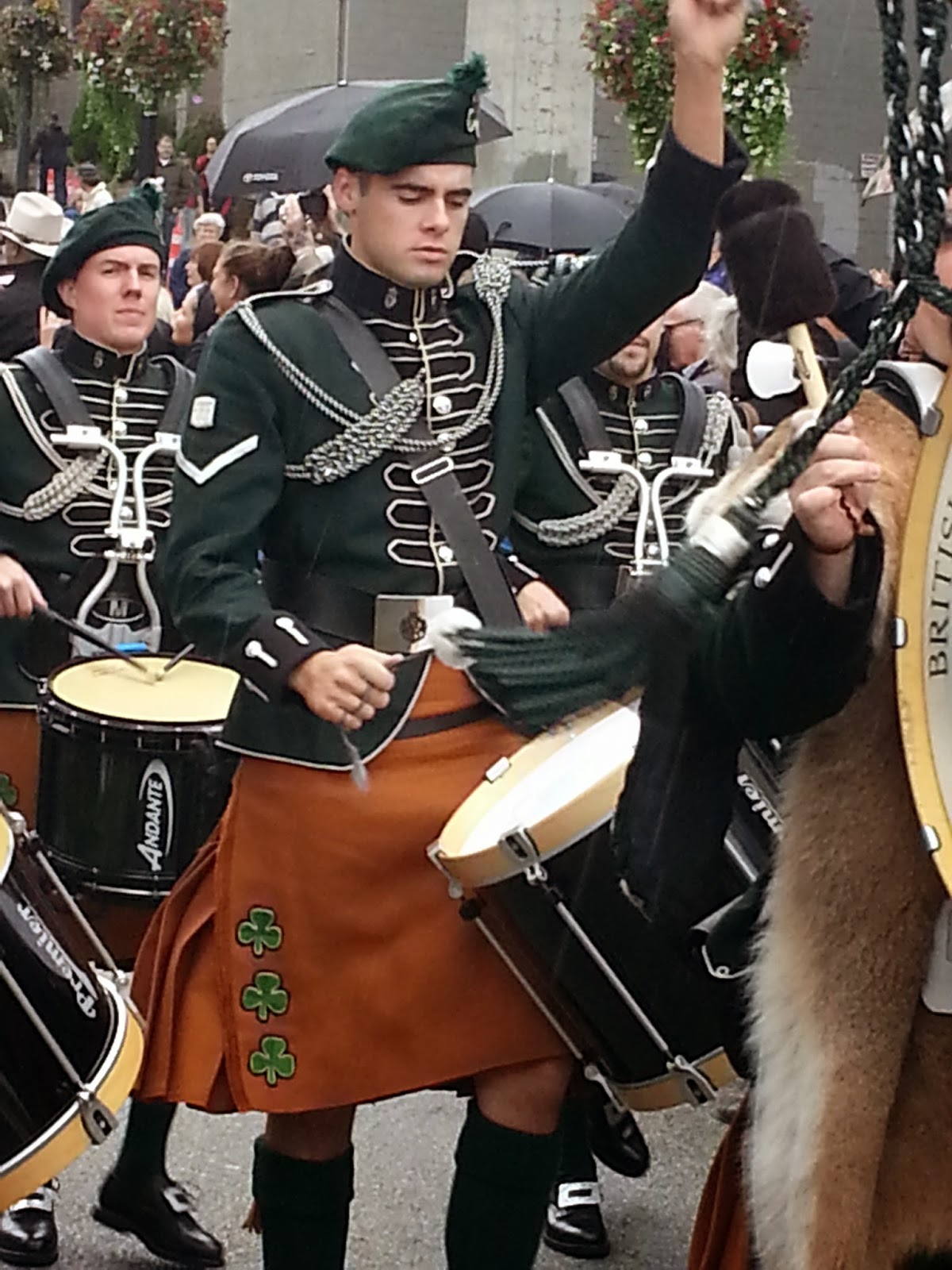 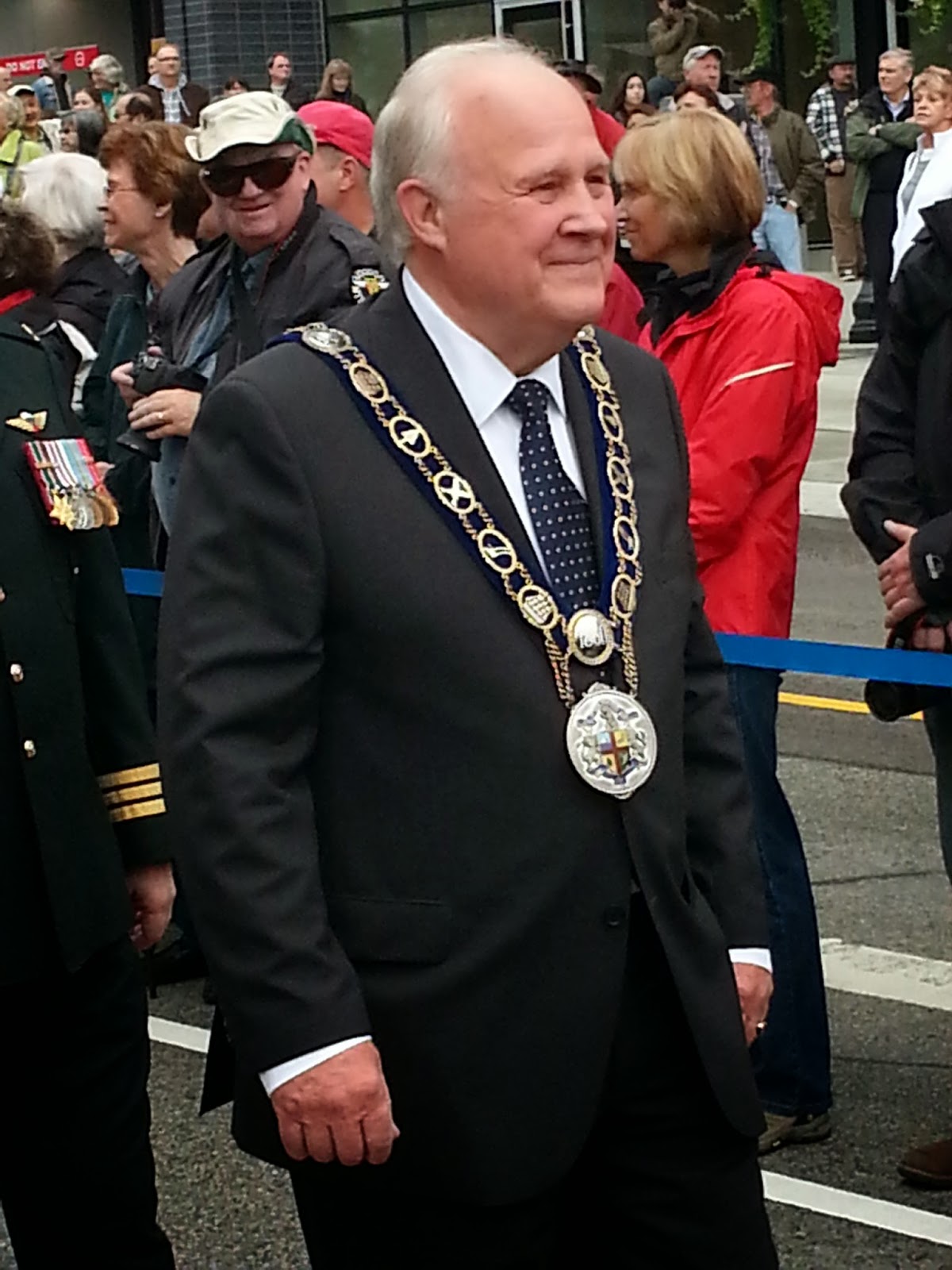 and the servicemen, who valiantly remained standing without a twitch
all through the speeches and presentations 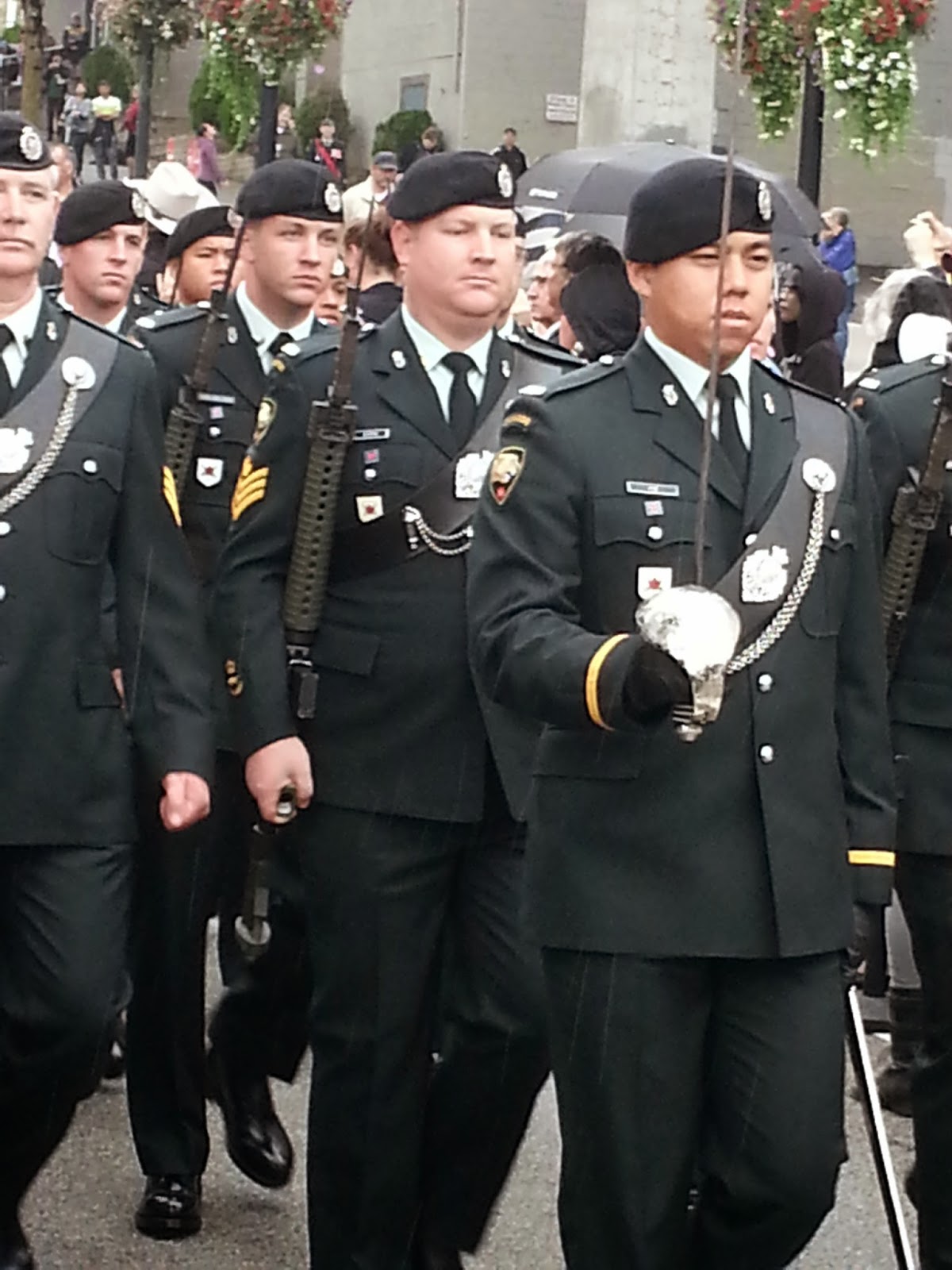 the small boy, now eighty, was present with his grandchildren
and helped to unveil the statue 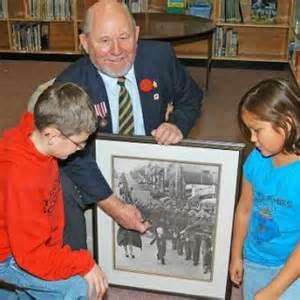 The artists, working on the project 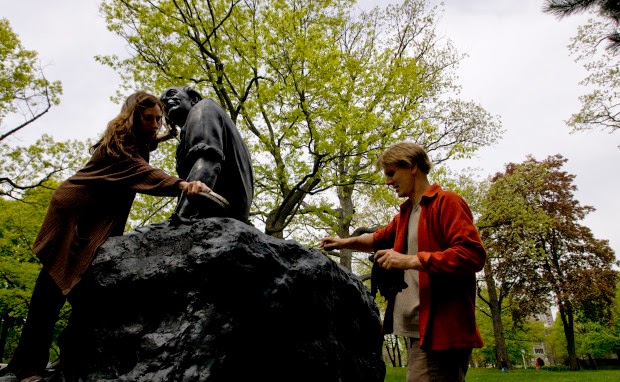 My husband's two brothers marched that day in 1940 with the Regiment.

Neither of them returned to the hills of home
and sleep in Canadian War Cemeteries in France and Holland.

Here is Tom, second behind the 'Daddy" 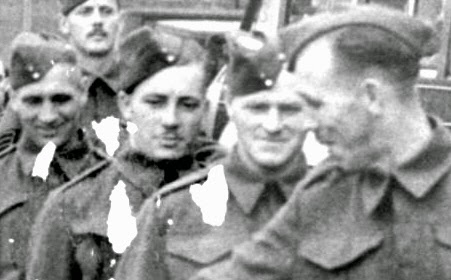 Gordon is a few rows behind, and in the adjoining file, not visible.

Tom's daughter was there on Saturday, and I was accompanied by family -
it was a time of poignancy and pride among a wonderful gathering
of young and old.

Have you seen this picture?  It hangs in our living room, a gift to
Charles from some of the children.  Greatly cherished.

For more interesting Ms visit here at ABC Wednesday, with
Many thanks to Roger, Denise and Multiple helpers.

What a moving story Hildred. I love the way the small boy was still around to help unveil the statue, and with his own grandchildren too.

Oh Hildred! ... your words and pictures make it seem as if I were right there watching and listening to this poignant ceremony.

The sculpture seems to capture the wonderful photograph and bring it even more to life.

It is lovely that the little boy was identified and could be there with his own grandchildren.

I am only sorry that all of the brave young men in the picture were not able to live their full lives.

Bagpipes would have set my emotions off for the rest of the event!
Wonderful post and tribute to the 'warriors' ~ and family and lovely photo series ~ thanks!

artmusedog and carol (A Creative Harbor)

How sad that so many young soldiers were killed in a war started by some idiots. Your post is a great tribute to all those brave men, marching to the war.
Have a great week, Hildred!
Wil, ABCW Team

Wow this is amazing. The photograph what a priceless piece of history and so sad that so many lost their lives including your family members. The sculpture is wonderful.
This make me shiver. So glad you could be there for this ceremony...

Memorials usually make me rather wistful.

Thanks for making me aware of this wonderful story.
Looks like a really fascinating memorial.

Wil, I just wanted to tell you that the speaker who really impressed me at this gathering was the Consul General from the Netherlands, he was wise and witty and said that we could avoid a lot of these terrible troubles the world has if everyone would just STAY HOME!

His name is Gerrit HEIJKOOP.