The letter is K for Keremeos Columns 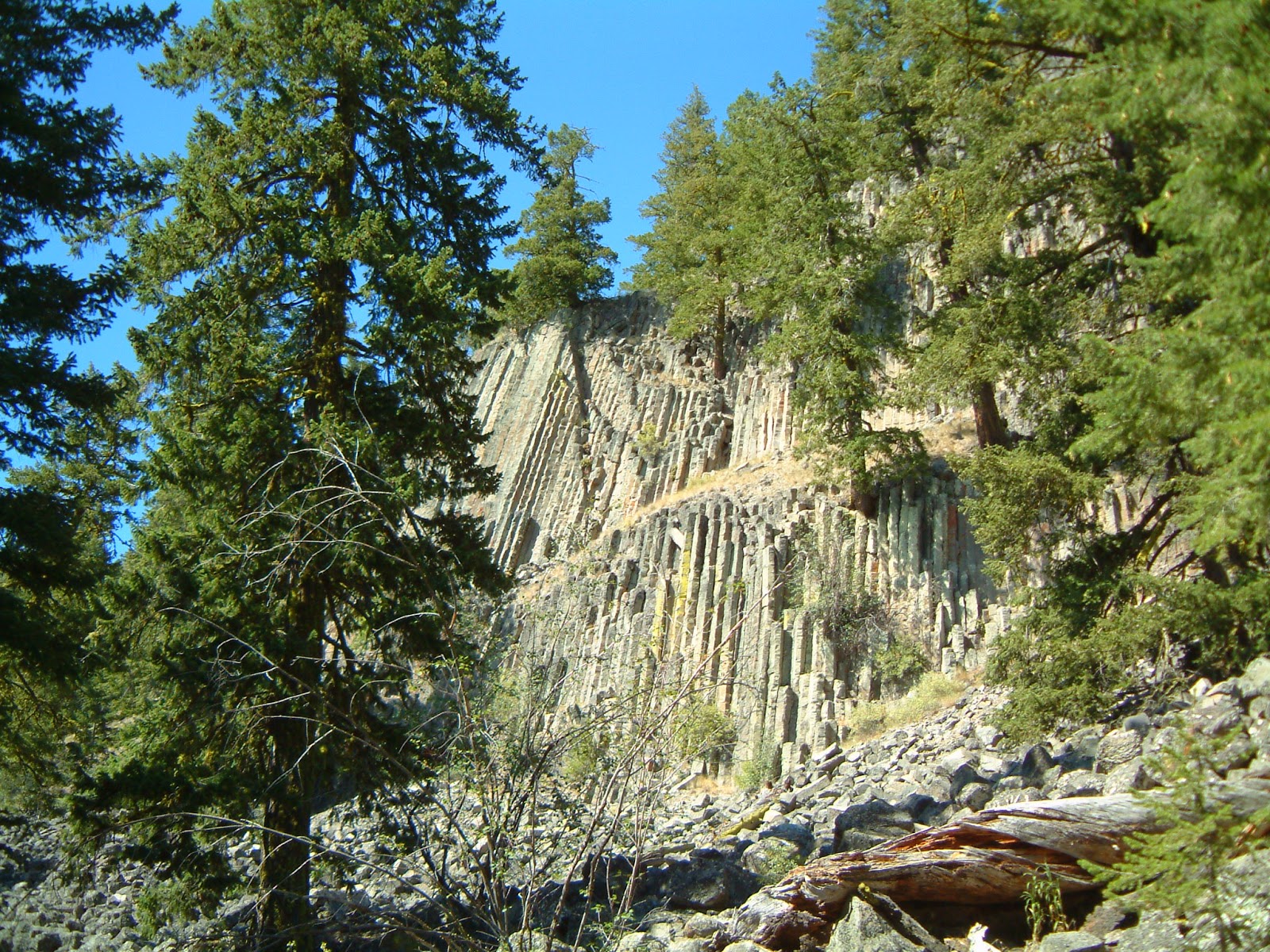 The Keremeos Columns are tall columns of basalt resulting from Volcanic activity
some thirty million years ago,  located in the Similkameen hills and
overlooking the town of Keremeos.

They are thirty meters high and form a l00 meter-wide cliff with more or less regular fractures of basalt which followed further cooling of the already crystallized liquid lava,
just like mud cracks after a puddle has dried.

These  volcanic monuments of slowly cooled lava with the characteristic vertically hexagonal columnar jointing of basalt  loom out of the surrounding forest.

This is the same geological phenomenon that has formed the Giant's Causeway in Northern Ireland
and the Devil's Tower in Wyoming.

It is possible to drive to within fairly close proximity to the Columns,
but permission must be obtained from the owner of the gate that accesses the road.

If you choose to walk it is a three to four hour hike through forest and meadows,
uphill all the way!!!

The spectacular view of the valley below, and the grandeur of the columns themselves
makes it all worth while. 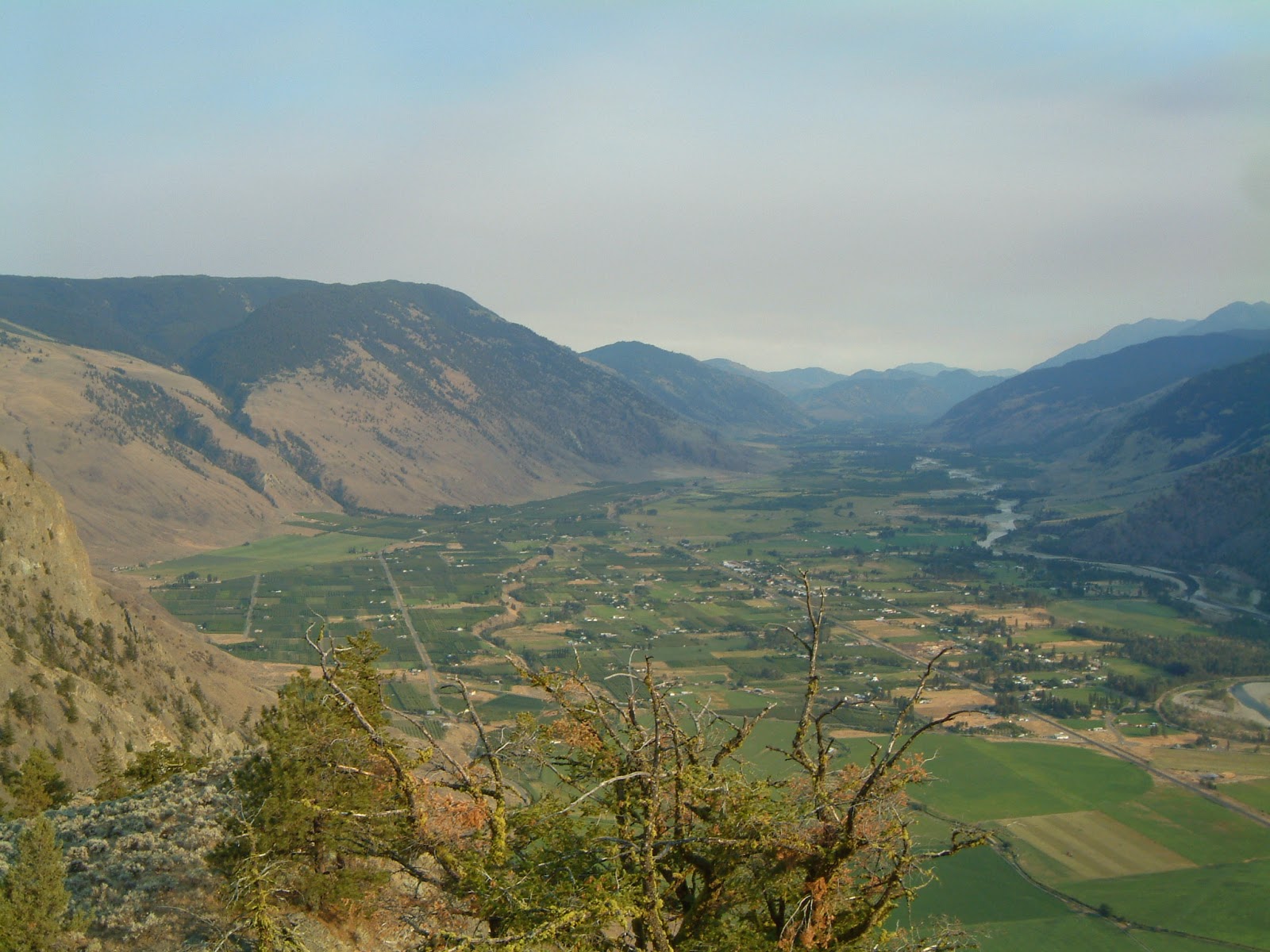 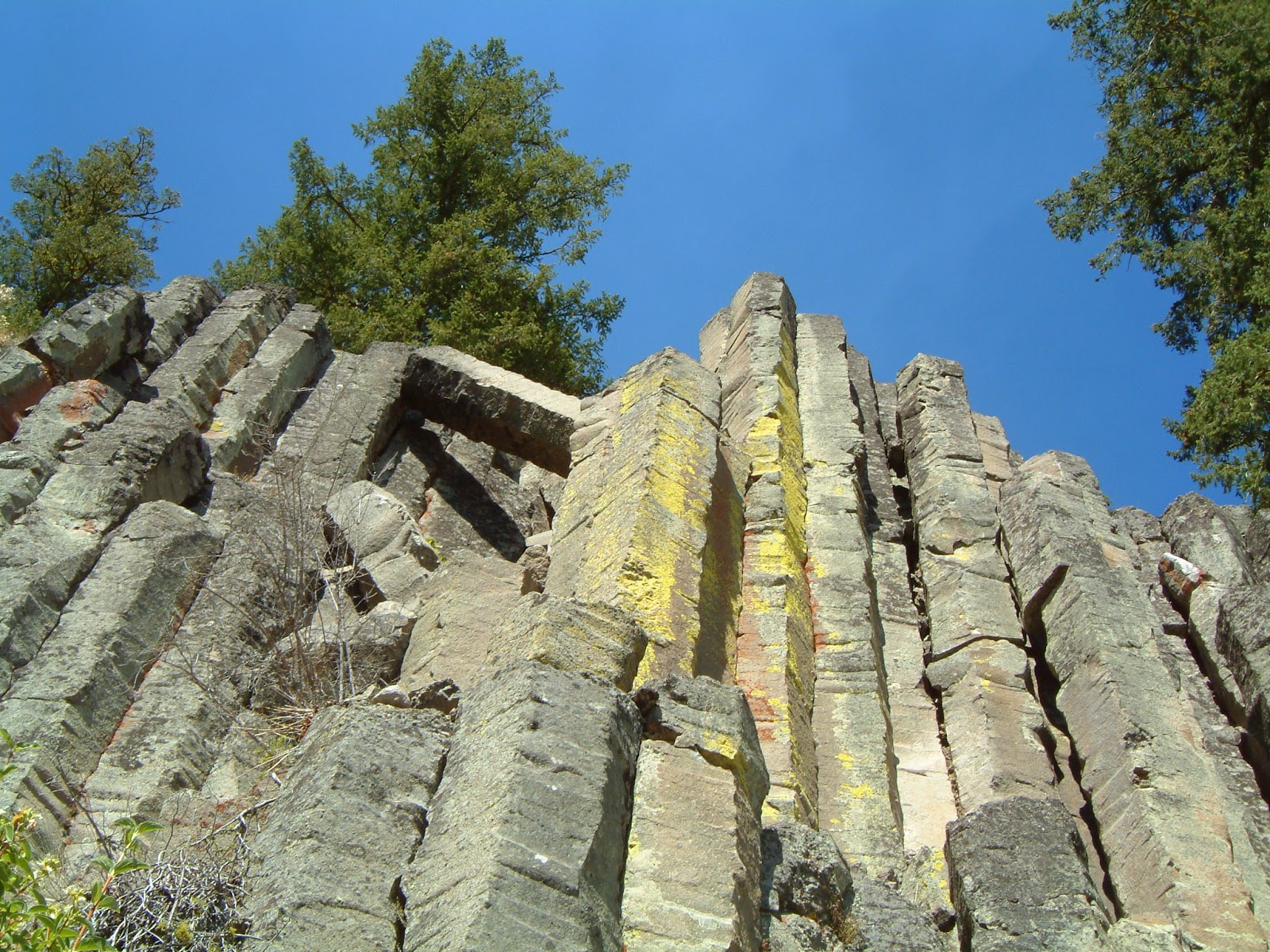 For more interpretations of the letter K klick here to visit
ABC Wednesday, with thanks to Roger and Denise
and all their visiting helpers.

As I studied some geology in university I understand how these columns were formed but I'll never understand how trees manage to take root and find sustenance among them.

It's amazing, Hildred! This rockformation looks like a giant church organ.Very impressive.
Have a great week.
Wil, ABCW Team.

This is so very interesting Hildred and I am so glad you mentioned Devil's Tower. I kept looking at your picture trying to decide if I'd been there -- it seemed so familiar. But I was thinking of Devil's Tower. (I think I learned more about the geology from this post than I did when we were in Wyoming. Thank you very much. Sometimes when we travel I am so busy marveling at the beauty I don't really take in all the details. And I remember that I was in awe of (but not surprised by) the fact that D.T. was a Sacred place to Native Americans.

Amazing rock formations. thank you for all the information.

That is very impressive.

That is fascinating! I've never heard of them and love your photo captures.

When first looked at the picture of the columns I though it was a spectacular waterfall, brilliant depiction!
The views from the top, overlooking the valley are spectacular.
Good subject for 'K' Hildred!