Sunday in the Studio

The 'Studio' being the back bedroom with its lovely northern window,  which now houses my loom, all the paraphernalia that goes with it, numerous weaving and dying and spinning books and about thirty years of Handwoven and Spin Off magazines which I devour avidly from time to time.

After church and a nice lunch out with a good friend I retired to the Studio (per se) to look at the naked loom and think about how it should be dressed.

New warps take some time to contemplate, and this is what I have been doing off and on for the past week since I finished the last throw on the silk mat warp and cut it off the loom, with glee..... 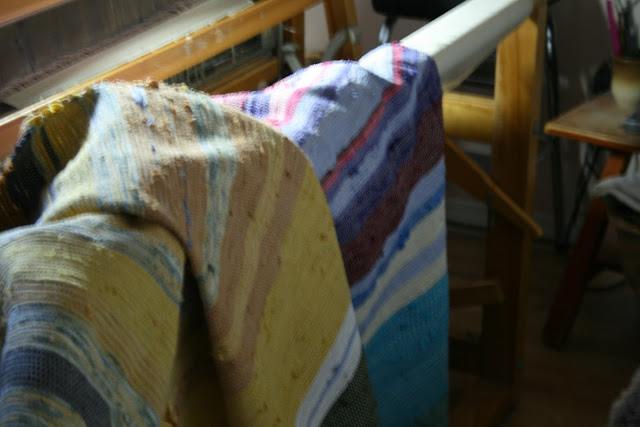 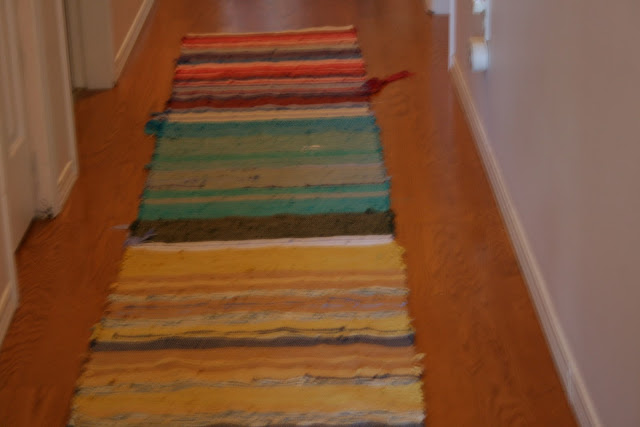 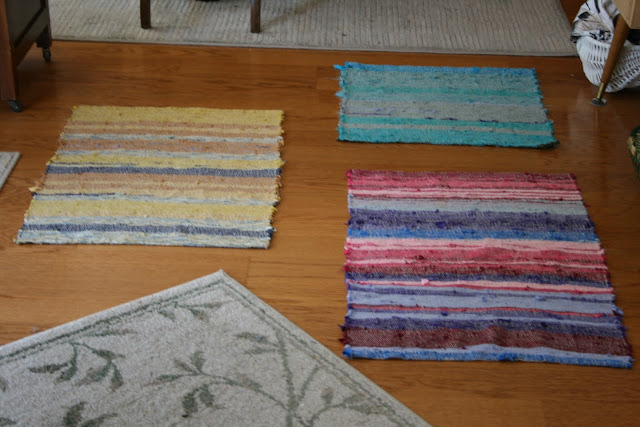 washed and pressed (not a good picture)
﻿ 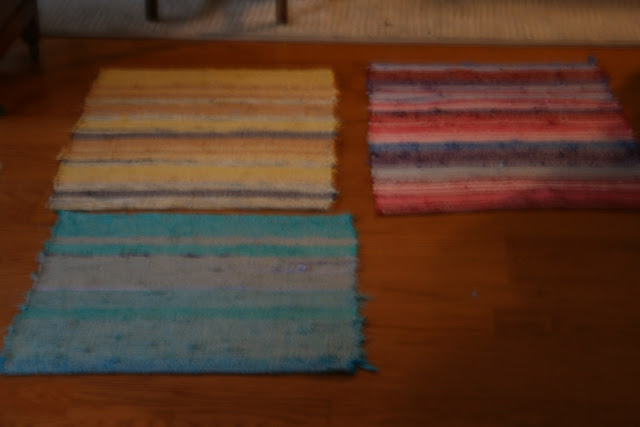 The weaver sees lots of little flaws, but is so grateful for persistence and something created.
Many, many years ago, when my stash had reached gigantic proportions and there
were subtle comments as to its future, I used great quantities of random wool to make
a throw which pleased me then,  but which has now fallen prey to an inadequate weft, and is somewhat falling apart. 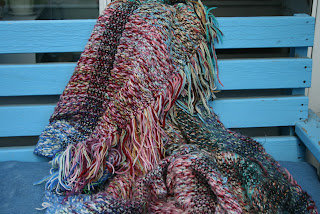 My stash is once again threatening to overwhelm me, and I have all the notes for this
throw, and I can fix the problem with the weft, - so no figuring,
and I am tempted to make a new one.
On the other hand I have this fabulous idea for a series of silk rag bags......
and so I contemplate, but hopefully I will waken in the morning with the decision made
and I can start winding a new warp and fill the hours with imagination
and the day with contentment.
Posted by Hildred at 9:17 PM

They all look absolutely beautiful to me - how I envy you your skill.

That throw is beautiful to me -- I can't imagine how it could be more perfect (but I am obviously not a weaver). I so admire your talents and look forward to seeing what you decide. (And that room seems perfect for a studio -- nice and bright.)

The rugs are so colorful - I like seeing what you're creating, Hildred. We've had so much company this summer, I am not doing much but changing bed linens!

Hello again, Hildred:
I love the photos of your weaving, and it reminded me of one old friend I did get to visit when we were at the coast this month. His late wife and I were co-workers and good friends for many years. After she died, he decided to finish a loom he'd been building, and now he has taken up spinning.
I'm impressed by so many artisans, particularly my old friend with his spinning and you with your weaving.
My school friend who used to make quilts has lost most of her eyesight, and can no longer do her quilting, so another school friend finished up her projects for her.
K