Scooped up by David and Nicola we took the old familiar path towards the Lower Similkameen, around by Ginty's pond, through the meadows and the orchards, where the sap is beginning to rise, the grass grows greener every day, the willows glow in the sunlight, the little black angus calves frolic close by, and down by the pond the shrubs don the soft, subtle shades of spring. 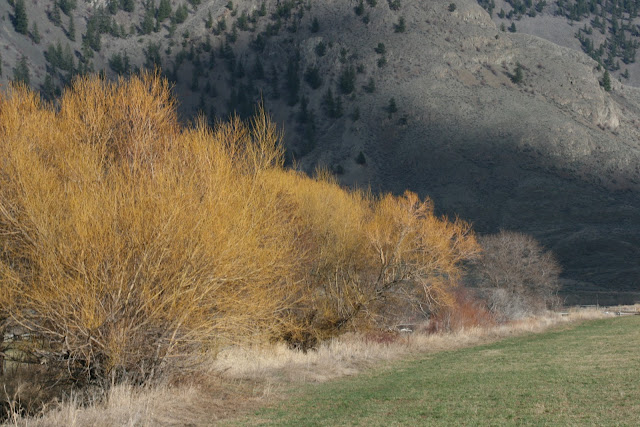 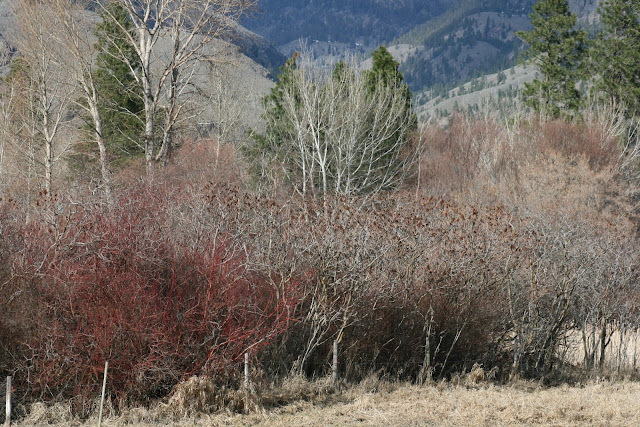 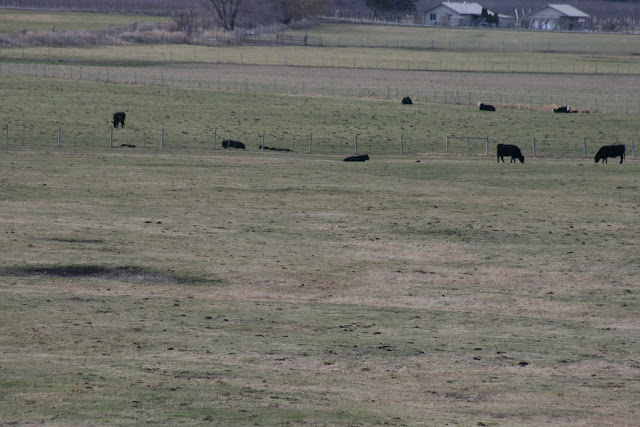 Over the bank, perched on a railing, we spied a large bird, - a golden eagle, said David, and certainly it bore all the signs of that magnificent bird, and this is not called Eagle Valley for nothing. We watched as it sat silently, quietly. 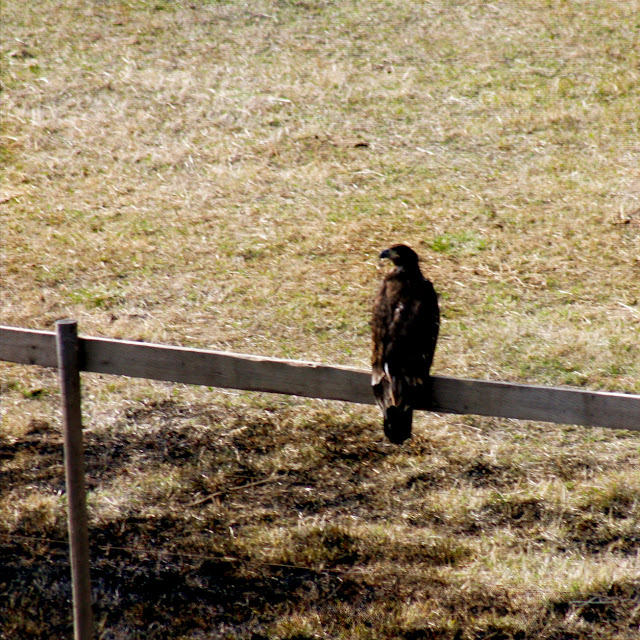 I caught it with the camera as it flew low across the meadow. a great large shadowy span, pale against the stubbly earth and the patches of burnt grass that had reached on to the grass from the burning of the bullrushes that clog the creek running alongside the road.  Can you see it, centre left? Perhaps if you were to enlarge the picture.... 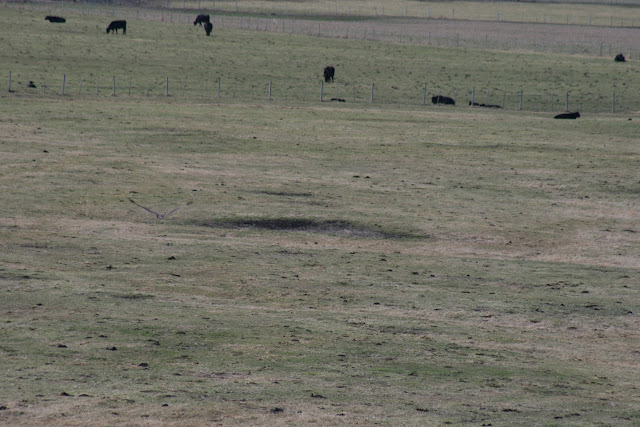 The upper pond was clear and reflective - a few ducks swam between the branches mirrored on the water. 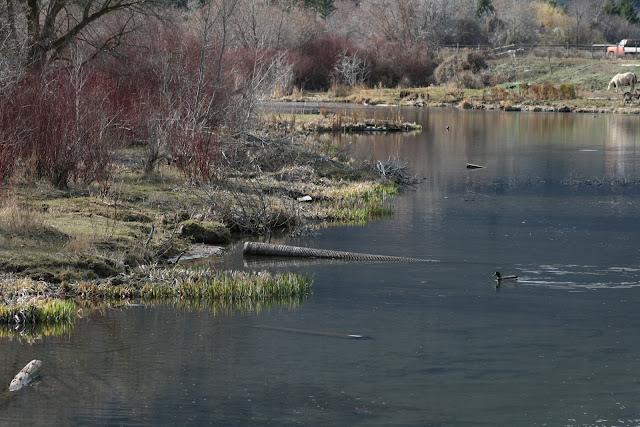 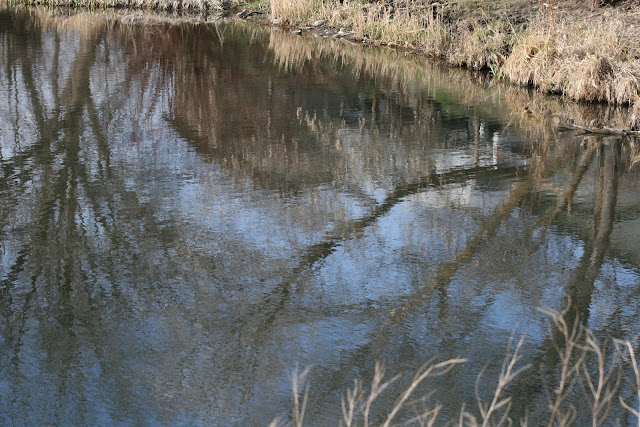 The lower pond, which held no water in the fall when Charles and I visited. was beginning to fill again. No turtles, no raccoons, but away at the end a pair of nesting ducks, and another couple swimming their way into the remnants of the rushes. 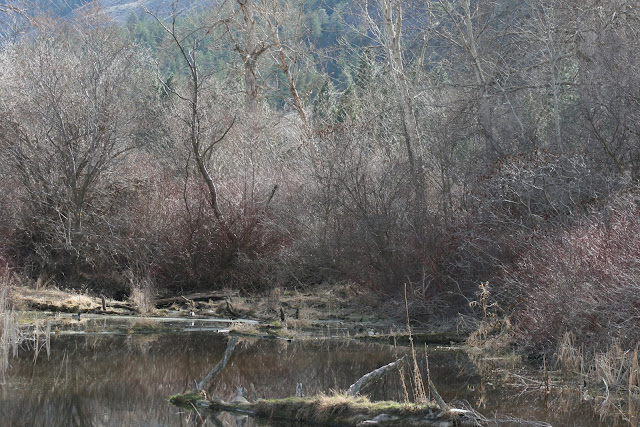 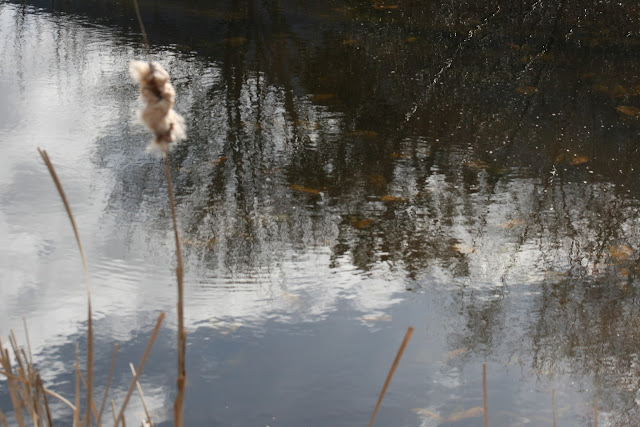 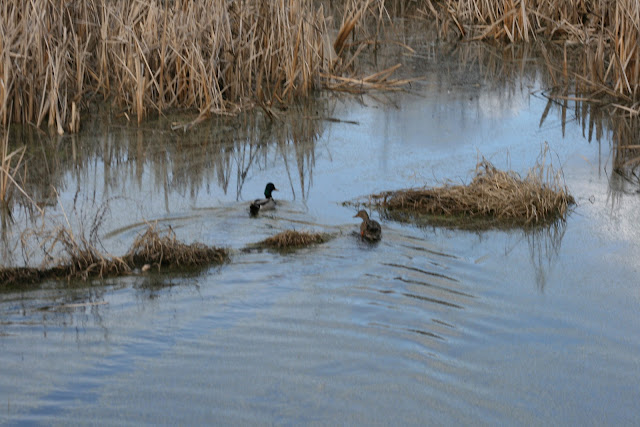 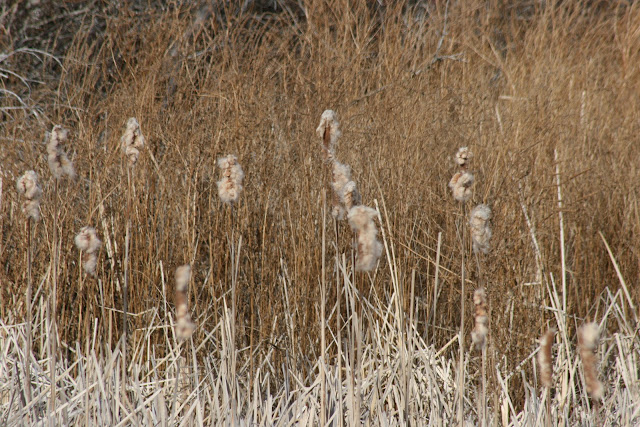 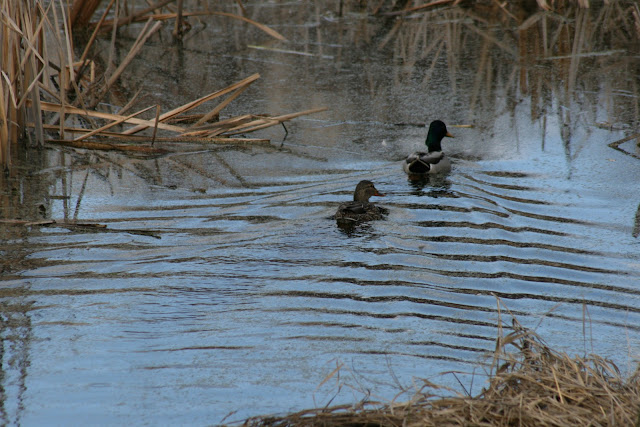 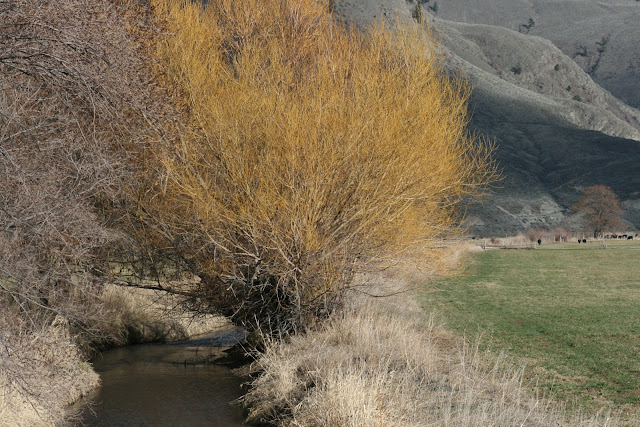 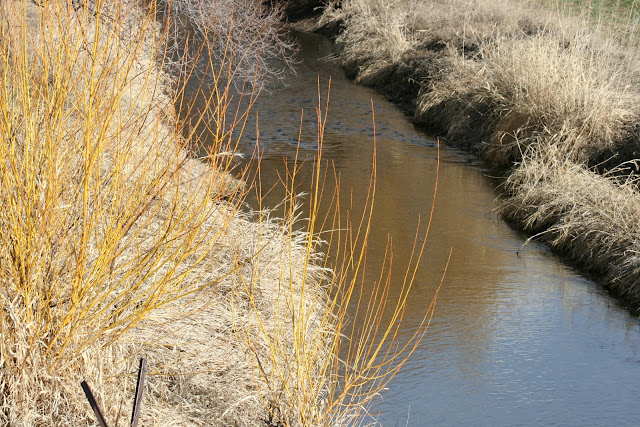 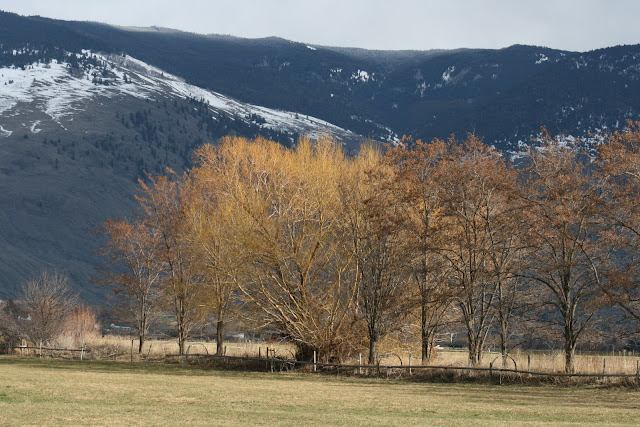 The remains of last year's corn crop lie waiting to be folded into the ground to feed next year's cobs, or to br taken away for composting David captured a picture of K Mountain, not as silent as it looks as spring break-up tumbles rocks down the talus slides that give the mountain its name. 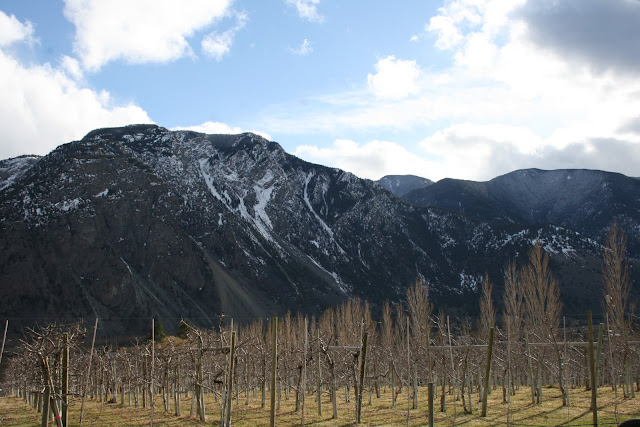 We finished the lovely afternoon with an early dinner at the Thai Restaurant in town, and I felt refreshed and somehow comforted by memories of the times before that we have lingered here and there along the so familiar route, the so familiar scenes.

As I write dark clouds gather over the valley, touched in the west by the sun dodging between them on its way along the rim of the hills.  The catkins on the hazel nut tree outside my window stretch out long and golden and my heart feels a little lighter, even though the forecast for tomorrow is for stormy weather and wild March winds in the afternoon.

In the morning I have plans to go once again to the garden on the hill, as I did this morning.  Under the fall debris those amazing scarlet buds poke through the rich black earth, and the daffodils have pushed aside fall's sodden leaves, grown tall and straight and true and any minute now will burst into glorious bloom.

I snipped at the forsythia and brought home enough to brighten up the Church this coming Palm Sunday before the darker days of Holy Week. - there should be daffodils galore for Easter.
Posted by Hildred at 8:38 PM

Thank you for the wonderful Sunday drive in these beautiful surroundings!

If ever I arrive in this area I will know it in my heart from your beautiful words and pictures.
I am so glad to read that the visit to all these familiar places made your heart a little lighter, Spring is after all a season of re-birth, the evidence is all around us.
Take care,
Janis