T is for TEDDY 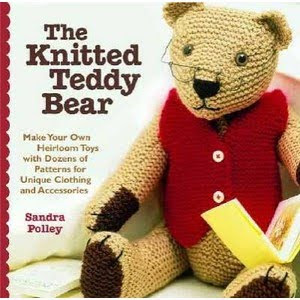 And the ones who go picnicking in the woods.... 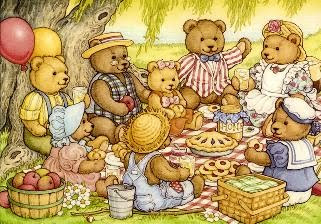 And we have the alluring Teddy of bygone times, - a daring innovation in ladies' lingerie in the nineteen twenties and thirties...

The traditional teddy was a loose-fitting under garment designed for visual appeal and to show off the wearer's figure. Traditional teddies often used sheer or partially sheer material. 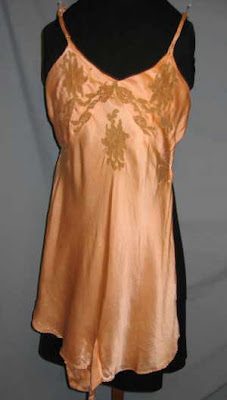 And then there were the TEDDY BOYS...... 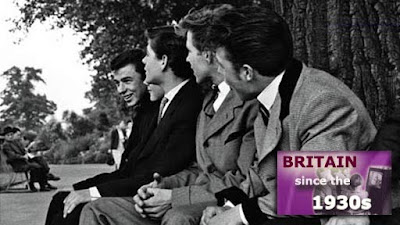 From Wikipedia a few comments on the forerunner of the present day youth culture.

The British Teddy Boy subculture is typified by young men wearing clothes inspired by the styles of the Edwardian period, which Savile Row tailors had tried to re-introduce after World War II. The group got its name after a 1953 newspaper headline shortened Edward to Teddy and coined the term Teddy Boy (also known as Ted). The subculture started in London in the 1950s and rapidly spread across the UK, soon becoming strongly associated with American rock and roll music of the period. Although there had been youth groups with their own dress codes called "Scuttlers" in 19th century Manchester and Liverpool[1], Teddy Boys were the first youth group in England to differentiate themselves as teenagers, helping create a youth market.


And last, but certainly not least, I have heard of grumpy old men sometimes being referred to as 'just a soft, sweet teddy bear underneath it all' - presumably from those who know. 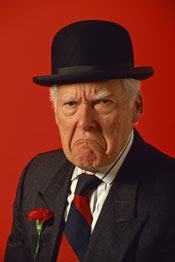 Over at ABC Wednesday there are lots of interesting posts featuring the letter T.
Posted by Hildred at 8:23 PM

I never knew why those boys were called Teddy Boys, but thanks to you I understand why. They look rather decent now, but at the time they were considered very "cool"and strange.

I love my teddy bear and it still stands (very battered and damaged) on my nightstand, looking over me while I sleep!
Great T.

I have a family of Teddy Bears I love, that hangout in my "quiet room", a room of my own whose walls are covered with family photos, quotes, mementoes, and posessions I hold dear!

I think your grumpy old teddy bear was working very hard to make that face! LOL! Wonderful post, I never knew before what a Teddy Boy was.
Thanks for the visit!

that was a lovely take!!

Lucky grandchildren having knitted teddy bears. Growing up in a small country town it took time for the teddy boys to arrive but I remember going to school and passing where they all hung out and being mesmerised.

What a great post! I didn't realize there were so many teddies!
Lots of great info here. thanks.

I've never heard of the Teddy Boys, but I do recognize that style of dress--very interesting! As a beginning knitter, I'm very impressed that you knitted your greats Teddy Bears. I'm still struggling with a simple scarf:)

Terrific T's. The knitted Teddy bears for the little ones are treasures for sure.

There's a new movie called An Education, and the father asks, "Are you a teddy boy?" "No, sir, I am not."

I have my own teddy bears, and I let my daughter share them.